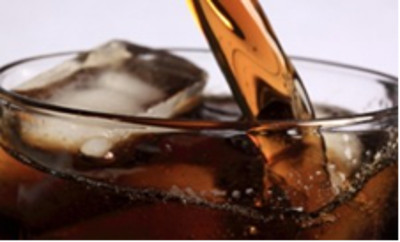 Recently, I came across an article which claimed an association between soda and arthritis.  So, is soda one of the causes of arthritis?  In previous health tips from the professor I have shared that soda consumption can cause weight gain  and heart disease . As if that weren’t reason enough to avoid sodas, recent headlines suggest that sodas can also cause rheumatoid arthritis. That is a pretty strong claim, so let’s look at the study behind those headlines.

Do Sodas Cause Arthritis?

All of the participants in the study filled out a questionnaire covering medical history, lifestyle and chronic disease at entry into the study and every two years afterwards. Compliance to this protocol was >90%, which is excellent for this type of study. The results were pretty impressive:

· The type of sugar did not appear to matter. Sodas sweetened with sucrose and high-fructose corn syrup were equally likely to increase the risk of rheumatoid arthritis.

· There was no association between diet soda consumption and rheumatoid arthritis.

What Are The Strengths and Weaknesses Of The Study?

Strengths of The Study: The strengths of the study are fairly obvious.

Weaknesses of The Study:

This type of study measures associations. It doesn’t prove cause and effect. Therefore, the headlines saying “Soda Consumption is Associated With Arthritis” are more accurate than those saying “Sodas May Cause Arthritis”.

In studies of this kind we can never be sure whether the variable that was measured (soda consumption in this case) was responsible for the outcome or whether it was some other variable that wasn’t measured that was responsible for the outcome. In particular, the women who developed rheumatoid arthritis were also more likely to:

The authors tried their best to compensate for these differences statistically, and the fact that the very large effects of soda consumption on rheumatoid arthritis occurrence were not significantly affected when these differences were taken into account adds confidence to their conclusions. However, it is never possible to exclude the possibility that some other variable they did not measure was responsible for the increase in rheumatoid arthritis.

Are Diet Sodas Off the Hook?  Or,could They Be One of The Causes of Arthritis?

Could diet sodas be one of the causes of arthritis?  This study showed no association between diet soda consumption and rheumatoid arthritis. Previous studies have suggested that diet sodas don’t increase the risk of heart disease to the same extent as sugar-sweetened sodas. Does that mean that you should just start drinking diet sodas rather than sugar sweetened sodas? 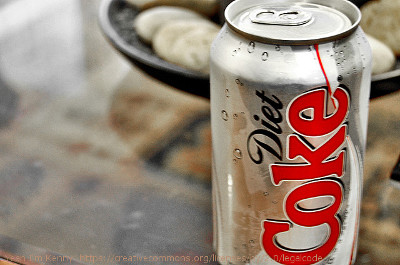 The answer is probably not. As I have pointed out in an earlier issue of “Health Tips From the Professor” , and has been confirmed by a recent meta-analysis of 24 clinical studies (Miller and Perez, American Journal of Clinical Nutrition, 100: 765-777, 2014), double blind studies in which all other caloric intake is carefully controlled generally show that people tend to gain slightly less weight when consuming diet sodas than when consuming sugar sweetened sodas.

Is It Enough To Just Stop Drinking Sodas?

I have often paraphrased that famous line from Western movies: “Just put down that soda and back away, and nobody gets hurt”. But is it that simple? Can you prevent rheumatoid arthritis just by drinking less soda?

Is soda one of the causes of arthritis?

3) The type of sugar does not appear to matter. Sodas sweetened with sucrose and high-fructose corn syrup are equally likely to increase the risk of rheumatoid arthritis.

5) This was a very large and well done study, but it only measures associations, not cause and effect. Further studies will be needed to confirm this observation. However, we already know that sodas are bad for us. This may be just one more reason to minimize our consumption of sodas.

7) Osteoarthritis is much more common than rheumatoid arthritis. This study did not include women with osteoarthritis, so it is uncertain whether these results will apply to osteoarthritis as well.