Should You Add Beetroot Juice To Your Training Diet? 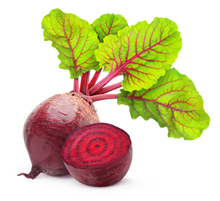 When I saw the headline “Beetroot Juice May Boost Aerobic Fitness For Swimmers” I did a double take. Could something as simple as eating more beets actually improve exercise performance? Are there real health benefits of beetroot juice for athletes?  So I looked up recent papers on the topic.  But, before I review those I should give you a little science behind the idea that beetroot juice might affect performance.

The Science Behind Beetroot Juice And Exercise

Nitric oxide is a colorless, odorless gas that serves as an important signaling molecule in the human body. Among its many beneficial effects is increased blood flow to muscle. This increased blood flow appears to be preferentially distributed to the type 2 muscle fibers which support moderate to high intensity exercise. Thus, nutrients that enhance nitric oxide levels might be expected to improve moderate to high intensity exercise.

There are two naturally occurring pathways for producing nitric oxide in the body. The first pathway utilizes arginine, an amino acid found in dietary protein. The second pathway utilizes nitrates, which are found in fruits and vegetables. The best dietary sources of nitrates are beetroot, spinach and other leafy green vegetables.

Arginine has been widely used in sports supplements for some time to enhance performance. However, clinical studies on arginine have been mixed, with some showing small enhancements in performance and others showing no significant effect. Most experts now think that the benefits of arginine are primarily seen with untrained or moderately trained athletes (people like you and me) – not for highly trained or elite athletes.

It is logical that natural sources of nitrates, such as beetroot juice, would have a similar beneficial effect on exercise, but it is only in the last couple of years that scientists have started to evaluate that possibility. I looked up six recent publications for this review.

Study # 1: In this study (Bailey et al, J. Appl. Physiol., 107: 1144-1155, 2009) untrained men (aged 19-38) were given beetroot juice or a placebo for 6 days and then put through a series moderate-intensity and severe-intensity step exercise tests on days 4-6. The amount of oxygen required to support the moderate intensity exercise was decreased by 19% in the beetroot juice group. For severe intensity exercise, the amount of oxygen needed to support the exercise was decreased by 23% and the time to exhaustion was increased by 16% in the beetroot juice group. Those effects were statistically significant.

Study # 2: In this study (Kelly et al, Am. J. Physiol. Regul. Integr. Comp. Physiol., 304: R73-83, 2013) untrained older adults (aged 60-70) were given beetroot juice or a placebo for 3 days and then put through a treadmill exercise test. Resting blood pressure and oxygen uptake kinetics during exercise were significantly improved in the beetroot group. 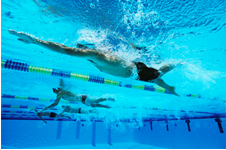 Study # 4: In this study (Pinna et al, Nutrients, 6: 605-615, 2014) moderately trained male master swimmers were given beetroot juice for 6 days. Swimming tests were conducted at the beginning and end of the 6 day period. After 6 days of beetroot juice supplementation, the workload was increased by 6% and the energy cost was decreased by 12% when the swimmers were performing at their maximal capacity.

In short, these studies suggest that beetroot juice is similar to arginine supplements in that:

What Are The Strengths & Weaknesses Of These Studies?

Strengths: The strengths of these studies are:

Weaknesses: The weaknesses of these studies are:

So, are there health benefits of beetroot juice for athletes?