Do We Need To Reexamine Everything We Thought We Knew About Omega-3s? 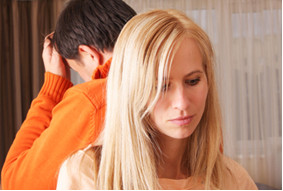 Some of you may remember the book from a few years ago titled “Men are from Mars, Women are from Venus”. The book proposed that men and women communicate differently (Who would have guessed?), and understanding that fact would help husbands and wives communicate with each other more effectively. I know that some people complained that it was an overly simplistic viewpoint, but I know it sure helped me communicate more effectively with my wife.

I came across a very interesting article recently that suggested the omega-3 fatty acid EPA might be metabolized and utilized differently by men and women. You might say that the statement “Men are from Mars, Women are from Venus” applies to omega-3 utilization as well.

The Science Behind the Study

Now that I’ve captured your interest, perhaps I should fill in a few details. We have known for years that the long chain omega-3 fatty acids EPA and DHA appear to be beneficial at reducing the risk of heart disease. There are several mechanisms for that protective effect: 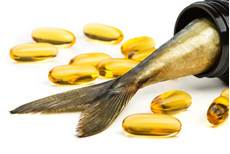 The authors of this week’s study (Pipingas et al., Nutrients, 6, 1956-1970, 2014) hypothesized that efficiency of omega-3 uptake might differ in men and women. They enrolled 160 participants in the study (47% male and 53& female) with an average age of 59 years. The study excluded anybody with pre-existing diabetes or heart disease and anybody who was significantly overweight. The study also excluded anyone taking drugs that might mask the effects of the omega-3 fatty acids and anybody who had previously consumed fish oil supplements or more than two servings of seafood per week.

When they looked at men and women combined, they found:

When they looked at men and women separately, they found:

What Is The Significance Of These Observations?

The authors concluded “This is an important area for future research because dietary recommendations around long chain omega-3 polyunsaturated fatty acid intake may need to be gender specific.”

However, there are a number of weaknesses of this study:

So what does this mean for you? Should men be getting more omega-3 fatty acids in their diet than women, as the authors suggested? That is an intriguing idea, but based on the weaknesses I described above, I think it’s premature to make this kind of recommendation until these results have been confirmed by larger studies.