Can What We Eat Affect Our Kids? 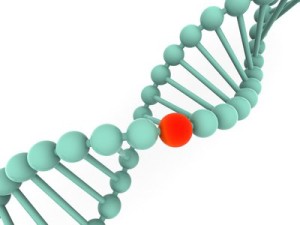 What is epigenetics?  For me, the first stages of understanding came a while back.  When I was a young graduate student (which is more than just a few years ago), I was taught that all genetic information resided in our DNA. During conception, we picked up some DNA from our dad and some from our mom, and that DNA was what made us a unique individual.

Today we know that environmental influences can actually modify our DNA and that those modifications can be passed on to our offspring – a process called epigenetics.

What Is Epigenetics & How Does It Affect Gene Expression?

Simply put, epigenetics involves modifications to our DNA. DNA can be methylated or acetylated and the proteins that bind to our DNA can be modified in multiple ways. That is important for two reasons:

In a previous “Health Tips From the Professor” article titled “Can Diet Alter Your Genetic Destiny?”  I discussed recent research suggesting that a healthy diet and lifestyle causes epigenetic changes in the DNA that may reduce your risk of heart disease, cancer and diabetes.

That alone was a monumental discovery. Even more monumental is the recent discovery that at least some of those epigenetic changes can be passed on to our children, which brings me to the question I posed in the title of this article: “Can what we eat affect our kids?”

Animal Studies Showing That Epigenetic Changes Can Be Inherited 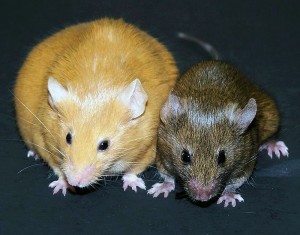 As is often the case, the first definitive study showed that epigenetic changes were heritable was an animal study. This study was done with a mouse strain called agouti (Waterman and Jirtle, Mol. Cell. Biol. 23: 5193 – 5300, 2003). Agouti mice can have two remarkably distinctive phenotypes. They can either have a yellow coat, become obese as adults and be prone to cancer and diabetes as they age or they can have a brown coat and grow up to be lean and healthy.

Waterman and Jirtle’s research broke new ground by showing that the methylation of the agouti gene could be strongly influenced by what the mother ate while the fetal mice were still in the womb.

When they fed agouti mothers a diet with extra folic acid, B12, betaine and choline (all nutrients that favor DNA methylation) during conception and pregnancy the agouti gene of their offspring became highly methylated. A high percentage of those offspring had brown coats and grew up to be lean and healthy.

However, when Waterman and Jirtle put agouti mothers on a diet that was deficient in folic acid, B12, betaine and choline during conception and pregnancy the agouti gene of their offspring was under methylated. Many of those offspring had yellow coats and grew up to be fat and unhealthy.

Subsequent studies from the same laboratory have shown that:

The agouti mice studies provide a dramatic example of how diet and environmental exposure during pregnancy can cause epigenetic changes in fetal DNA that have long term health consequences for the offspring. However, they are animal studies. Does the same hold true for humans? 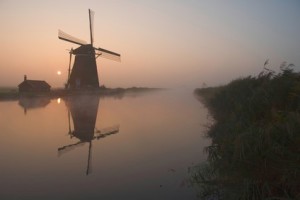 With humans, it is really difficult to determine whether epigenetic changes that occur during conception and pregnancy affect our children. That is because when you measure an epigenetic effect in a child or adult, it is difficult to sort out how much of that effect was caused by what the mom ate during pregnancy and how much was caused by how the family ate as the kids were growing up.

Unfortunately, there is a tragic human experiment that shows that the same kind of epigenetic changes are heritable in humans. I’m referring to what is known as the “Dutch Hunger Winter”. This was a period of starvation during 1944-1945, the final year of World War II, when the Germans set up a blockade that prevented food from reaching western Holland. During that few months even pregnant women were forced to live on food rations providing a little as 500 calories a day.

This was an event without parallel in human history. Holland is not a third world country. Once the blockade was lifted children born during the Hunger Winter had the same plentiful supply of food as every other Dutch citizen. This has allowed generations of research scientists to ask what were the effects of a brief exposure to malnutrition during conception and pregnancy.

The health consequences were dramatic. 50 years later individuals who were conceived during the Hunger Winter weighed about 14 pounds more, had waists about 1.5 “ larger, and were three times more likely to have heart disease than those born to mothers who were in their second or third trimester of pregnancy during that time. By the time they reached age 63, they experienced a 10% increase in mortality.

What caused those health consequences? Could the cause have been epigenetic? Recent research suggests that the answer might be yes.

A recent study analyzed epigenetic changes in DNA from blood samples of survivors born during the Hunger Winter that had been collected when they were 59 years old (Tobi et al, Int. J. Epidemiology, doi: 10.1093/ije/dyv043, 2015). This study showed:

That is a truly remarkable finding when you think about it. If these data are true, they suggest that starvation during early pregnancy caused the fetus to make epigenetic changes to its DNA that allowed it to become more efficient at energy utilization, and those epigenetic changes have lasted a lifetime – even when food was abundant throughout the rest of that lifetime.

What Is Epigenetics And Can What We Eat Affect Our Kids?

The studies I featured in this article are powerful “proof of concept” that diet and environmental exposure during conception and pregnancy can result in epigenetic changes to the DNA of the offspring that can persist throughout their life and dramatically affect their health. However, it is not yet clear how they apply to you and me.

There are, of course, many other examples of heritable epigenetic modifications. For example:

Taken together, the existing data suggest that our diet and environmental exposure during conception and pregnancy can cause epigenetic changes to our children’s DNA that may affect their future health in ways that we can only begin to understand at present. It is a sobering thought.

*The agouti mice picture is by Randy Jirtle and Dana Dolinoy (E-mailed by author) [CC BY 3.0 (http://creativecommons.org/licenses/by/3.0)], via Wikimedia Commons.