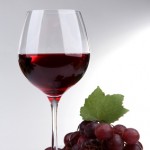 It seems like just a few years ago that the headlines were proclaiming that resveratrol, a polyphenol found in red wines, grapes and chocolate, was the latest “super nutrient”. It was going to make you younger, smarter and healthier. You probably knew that all of the claims being made at the time could not be true.

But the latest headlines are claiming that resveratrol health benefits are all a myth. Has the resveratrol bubble burst? Was it all just hype?

Before you decide that resveratrol supplements are just a waste of money, let me take you behind the scenes and evaluate the latest study objectively. Let’s talk about what it showed, and didn’t show. But, before we look at the study, let’s review the history of resveratrol.

How Did The Resveratrol Story Get Started?

The resveratrol story started in the 1990’s when Dr. Serge Renaud at Bordeaux University coined the term “French Paradox” to describe the fact that cardiovascular disease incidence was relatively low in the French population despite the fact that they consumed diets high in saturated fat and cholesterol.

People immediately started asking what could possibly explain this discrepancy between the US and French populations? In other words, what could be protecting the French population from their high fat diet? One obviously difference between the French and Americans is that the French consume a lot more red wine – or at least they did before the “French Paradox” publicity turned red wine into a health food. Based on that difference, Dr. Renaud proposed that the French Paradox was due to the high red wine consumption in France.

Even so, for years resveratrol was a “niche” supplement. It had a loyal following, but it wasn’t a big player in the nutritional supplement market. All that changed in 2009. Dr. David Sinclair at Harvard University had been studying genes that slow the aging process. He had screened thousands of naturally occurring small molecules in hopes of finding some that could turn on those anti-aging genes.

He announced that resveratrol and a few related polyphenols were the most potent activators of those anti-aging genes, and he went on to publish studies showing that resveratrol could help obese mice live longer and lean mice be healthier. All of a sudden resveratrol became a superstar.

But, does resveratrol also work in humans? There are many clinical studies that suggest it does. That’s why I was surprised by the recent headlines proclaiming that the supposed health benefits of resveratrol were myths. So once again, let’s look at the study behind the headlines.

Are The Benefits Of Resveratrol a Myth?

The study behind the headlines (Semba et al, JAMA Internal Medicine, doi: 10.1001/jamainternalmed.2014.1582) followed 783 men and women aged 65 years or older from the Chianti region of Italy for 9 years. None of the participants were taking resveratrol supplements. The investigators estimated resveratrol intake by measuring the concentrations of resveratrol metabolites in the urine.

The investigators measured all cause mortality and the prevalence of heart disease and cancer over the 9 year period and found no correlation between those outcomes and urinary resveratrol metabolites. From those data the authors concluded that “Resveratrol levels achieved with a Western diet did not have a substantial influence on health status or mortality risk of the population in this study.”

The Strengths And Weaknesses of The Study

There are really two important questions – what are the strengths and weaknesses of the study and what does the study actually show?

What are the strengths and weaknesses of the study?

What does the study actually show?

1)    Don’t pay too much attention to the headlines saying that the health benefits of resveratrol are a myth. The study behind the headlines was a small study in a relatively homogeneous population. If anything, it debunked the hypothesis that red wine consumption is responsible for the French Paradox.

2)    The study did suggest that the amount of resveratrol one can obtain from diet alone is unlikely to provide significant health benefits. While that may be true, it is irrelevant when considering resveratrol supplements because they provide much higher amounts of resveratrol.

3)    The clinical studies on resveratrol supplements are very encouraging, but not yet definitive (see, for example, my “Health Tips From the Professor” article on resveratrol and blood sugar control. That’s to be expected at this stage. It generally takes decades of studies before the scientific community reaches consensus on anything. In the meantime you will continue to see alternating headlines proclaiming the miracles and the myths of resveratrol.

Are Polyphenols The Fountain of Youth? 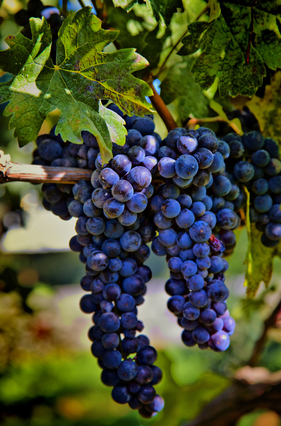 You’ve probably heard that resveratrol and other polyphenols in red wine can help mice live longer. But what about us? Are dietary polyphenols associated with longevity in humans?

Of course, the news headlines make it sound like a sure thing, and many of the manufacturers of polyphenol-containing supplements are already citing the study as “proof” that their products will make you live forever.

So, let me give you some background information before I start diving into the study.

An In-Depth Analysis Of The Study:

The study enrolled 807 men and women over the age of 65 (average age = 74, range = 67-81) from the Chianti region of Italy and followed them for 12 years. At the beginning of the study polyphenol intake of the participants was analyzed from a dietary recall form (polyphenol intake based on what they remembered eating) and from a 24 hour urine specimen (actual polyphenol intake).

1)     Eat lots of fresh fruits and vegetables. They’ll make you healthier, and you just may live longer.

2)     If you like red wine, drink it in moderation. Just don’t assume that it can substitute for a healthy diet. This study measured total polyphenols, not just red wine polyphenols.

Can Exercise Help You Live Longer? In my past “Tips” I have talked about how hard it is to prove the value of individual lifestyle changes for improving our longevity – whether we are talking about more exercise, lower fat diets or individual nutritional supplements. Most studies have too few subjects and last too short a time to show any significant effect.

That’s why the study I’m featuring this week is so remarkable. The study was designed to answer the question of whether exercise can actually help people live longer. Many studies have tried to answer that question. But what was remarkable about the study was the number of people enrolled in the study and how long the study lasted.

Let’s look at the study (Byberg et al, British Journal of Sports Medicine, 43: 482-489, 2009) in detail. The study enrolled 2,204 men aged 50 from the city of Uppsala Sweden in 1970-1973 and followed the men for 35 years! At the beginning of the study the participants completed a survey on leisure time physical activity and were categorized into low, medium or high activity groups.

Participants were re-examined at ages 55, 60, 70, 77, and 82 years and changes in physical activity were recorded. Other information, such as body mass index, blood pressure, cholesterol levels, smoking status and alcohol use, was also collected at each survey. And, of course, the researches recorded how many of the initial participants were still living at each of those ages.

I find that last finding particularly significant because most studies of this type last 5 years or less. If this study had been concluded at the end of 5 years, you might be tempted to say “Why bother. If I haven’t exercised before, there’s no point in starting now.” But, this study did last more than five years – so the conclusion was completely different.

So, what are the take-home lessons from this study?

1) We’ve known for years that exercise reduces the risks of several types of diseases and improves the quality of life. This study clearly shows that exercise also helps us live longer.

2) And, if you haven’t exercised before, it’s never too late to start. Just don’t expect instantaneous results.