How Much Protein Should We Eat? 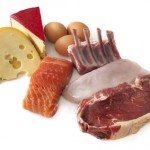 The recent headlines suggesting that high protein diets may cause cancer, diabetes and premature death in middle aged Americans are downright scary. You are probably asking yourself:

In this issue of “Health Tips From the Professor” I will address each of these questions.

Do High Protein Diets Cause Cancer?

The study in question (Levine et al., Cell Metabolism, 19: 407-417, 2014) suggested that high protein diets were associated with increased risk of cancer, diabetes and premature death in Americans in the 50-65 age range. I will touch on all three of these observations, but it is the increased risk of cancer that generated the most headlines – and the most concern (The consequences of diabetes take years to manifest, and death seem to be a more distant concern for most people. Cancer is immediate and personal).

The study looked at 6,381 adults aged 50 and older (average age 65) from the NHANES III data base. (NHANES is a comprehensive database collected by the Centers for Disease Control and Prevention that consists of surveys and physical examinations and is designed to be representative of the health and nutritional status of the US population.)

Based on preliminary data suggesting that the age of the population might influence the results (I won’t go into details here) the authors of the study decided to subdivide the dataset into people aged 50-65 and people over 65. When they did that, they came to the following conclusions:

Diets with moderate protein intake were associated with intermediate increases in risk. Surprisingly, there was no increase in cardiovascular disease risk. 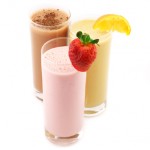 2)     When they looked at people in the 50-65 age group consuming diets high in vegetable protein:

The increased risk of diabetes related deaths was still observed. The authors did not distinguish between animal and vegetable protein in the over 65 age group.

All of that may seem to be a bit too complicated. At the risk of gross oversimplification I would summarize their message as follows:

Is This New Information?

Let’s start by assuming that the conclusions of the authors are correct (more about that below).

When you boil their message down to its simplest components, the information isn’t particularly novel. 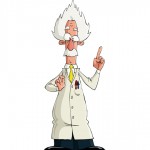 Since this study has been released it has been roundly criticized by other experts in the field. Let me sum up their four main criticisms and add one of my own.

2)     The choice of less than 10% of calories from protein is also problematic. According to the Institute of Medicine standards anything below 10% is defined as inadequate protein intake, which can have long term health consequences of its own.

More importantly, only 7% of the population being studied (437 individuals) fell into this group. This is the baseline group (or put another way, the denominator for all of the comparisons). The conclusions of this study were based on comparing the other two groups to this baseline, and there were too few individuals in this group to be confident that the baseline is accurate.

This does not necessarily invalidate the study, but it does decrease confidence in the size of the reported effect – so forget the reported numbers like 45% increase in mortality and 4-fold increase in cancer deaths. They probably aren’t accurate.

3)     The number of people in this study who died from diabetes was exceedingly small (68 total) and most of them already had diabetes when the study began. The experts concluded that the numbers were simply too low to draw any conclusions about protein intake and diabetes related deaths, and I agree with them.

4)     While the study controlled for fat intake and carbohydrate intake, it did not control for weight. That is a huge omission. Overweight is associated with increased risk of cancer, diabetes and death, and vegetarians tend to weigh less than non-vegetarians.

5)     I would add that there are many other differences between vegetarians and non- vegetarians that could account for most of the differences reported between diets high in animal and vegetable protein. For example:

This is not a particularly strong study. Nor is it particularly novel. In fact, when you strip away the scary headlines and focus on what the data really show, the conclusions aren’t that different from what nutrition experts have been saying for years.

This is not a new idea. These data are consistent with a number of other studies. However, none of these studies adequately assess whether the increased risk is from the animal protein alone or from other characteristics of populations that consume a lot of animal protein.

3)     Does that mean that you need to become a vegetarian? It probably reflects my personal bias, but I am reminded of a Woody Allen Quote: “Vegetarians don’t live longer. It just seems that way”. I am also encouraged by studies suggesting that most of the health benefits of vegetarianism can be achieved by diets that consist of around 50% vegetable protein.

I would never discourage anyone from becoming a vegetarian, but if you aren’t ready for that, I would highly recommend that you aim for at least 50% vegetable protein in your diet.

4)     Finally, this study suggests that a high protein diet is beneficial for people over 65. This is also not a completely novel idea. It is consistent with a lot of recent research.

My advice to those of you who, like me, are over 65 is to pay attention to high protein foods and make sure that they are an important part of your diet. I’m not suggesting that you go for the double bacon cheeseburger just because you are over 65. I would still aim for a significant percentage of vegetable protein as a part of a healthy diet at any age.

Are high protein diets your secret to healthy weight loss? There are lots of diets out there – high fat, low fat, Paleolithic, blood type, exotic juices, magic pills and potions. But recently, high protein diets are getting a lot of press. The word is that they preserve muscle mass and preferentially decrease fat mass.

If high protein diets actually did that, it would be huge because:

This was a randomized control study with 39 young (21), healthy and fit men and women who were only borderline overweight (BMI = 25). These volunteers were put on a 21 day weight loss program in which calories were reduced by 30% and exercise was increased by 10%. They were divided into 3 groups:

What Did The Study Show?

Pros And Cons Of The Study:

1)    Forget the high fat diets, low fat diets, pills and potions. High protein diets (~2X the RDA or 28% of calories) do appear to be the safest, most effective way to preserve muscle mass and enhance fat loss in a weight loss regimen.

3)     Higher protein intake does not appear to offer any additional benefit – at least in young adults.

5)    These diets were designed to give 7 pounds of weight loss in 21 days – which is what the experts recommend. There are diets out there promising faster weight loss but they severely restrict calories and/or rely heavily on stimulants, they do not preserve muscle mass, and they often are not safe. In addition they are usually temporary.  I do not recommend them.

6)    This level of protein intake is safe for almost everyone. The major exception would be people with kidney disease, who should always check with their doctor before increasing protein intake. The only other caveat is that protein metabolism creates a lot of nitrogenous waste, so you should drink plenty of water to flush that waste out of your system. But, water is always a good idea.

7)     The high protein diets minimized, but did not completely prevent, muscle loss. Other studies suggest that adding the amino acid leucine to a high protein diet can give 100% retention of muscle mass in a weight loss regimen – but that’s another story for another day.