Are you skinny fat?  Weight loss season is upon us. Many of you are jumping on your bathroom scales so that you can decide how much weight you need to lose this year. For some the motivation for these New Year’s resolutions to lose weight is purely cosmetic. You just want to look better. For others the motivation for losing weight is better health. Obesity is a killer. It is associated with increased risk of diabetes, heart attack and stroke – and that’s just the tip of the iceberg.

But what if your bathroom scale says that you are normal weight? Are you off the hook? Maybe not. A recent study suggests that if you are normal weight but have central obesity (a fancy scientific term for belly fat), you are more likely to die prematurely than someone with normal fat distribution regardless of how overweight they are. That’s a pretty scary thought. It has even generated a new risk category called “skinny fat”.

How Can You Be Obese Without Being Overweight?

In recent years there has been some controversy about the health risks of obesity. Part of that controversy has arisen because obesity can be defined in multiple ways. Most of us simply hop on the scale and rely on actuarial tables to tell us what a healthy weight is for our height. Scientists, on the other hand use two very different measures of obesity.

#1 is Body Mass Index or BMI.BMI is a person’s weight in kilograms (kg) divided by his or her height in meters squared. By this measure:

#2 is waist to hip ratio or WHR. WHR is a measure of central adiposity (belly fat). By this measure:

In general BMI and WHR correlate. However:

Being Skinny Fat Can Kill You 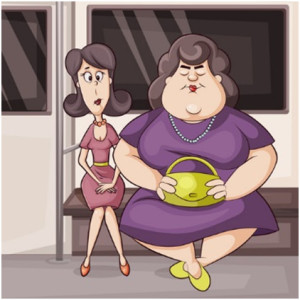 Numerous studies have shown that “apple shaped” obesity is much more likely to be associated with disease and premature death than “pear shaped” obesity, but there have been very few studies comparing health outcomes for normal weight individuals who have excess belly fat (people who are “skinny fat”) with health outcomes of overweight and obese individuals. This study (Sahakyanet al, Annals of Internal Medicine, 2015 Nov 10 doi: 10.7326/M14-2525) was designed to fill that void.

These scientists analyzed data from the National Health and Nutrition Survey III (NHANES III). NHANES III collected BMI, WHR and health data from 15,184 Americans (52.8% women) aged 18 to 90 years (average age 45) and followed the study participants for 14.3 years. By that time 3222 of them had died, with 1413 of those deaths being due to heart disease. The results were enlightening:

Why Is Being Skinny Fat So Dangerous? 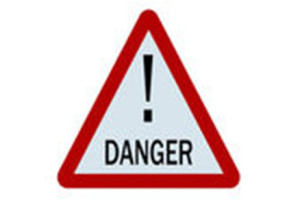 As the authors of this study pointed out, it is well established that excess belly fat is associated with:

To understand this we need to recognize that both fat and muscle contribute to body weight (and to BMI). The “skinny fat” individual has more fat mass AND less muscle mass than a “skinny lean” individual of the same weight. That is a huge factor because metabolically speaking muscle is protective. It opposes all of the bad metabolic effects of belly fat.

Simply put, being “skinny fat” is extremely dangerous because you have increased all the bad metabolic effects of excess belly fat, ANDyou have decreased the protective metabolic effect of muscle mass.

How Do You Go From Being “Skinny Lean” To “Skinny Fat”?

Most of us were lean in our younger years. For those of us who end up as “skinny fat” as we age, it is pretty obvious that there are two processes going on simultaneously.

#1: Loss of Muscle Mass:It would be easy to say that becoming “skinny fat” is a natural part of aging. The natural tendency is to loose muscle mass and replace it with fat mass as we age. If we “just go with the flow” all of us will end up being “skinny fat” at some point. However, the loss of muscle mass as we age is accelerated by our sedentary lifestyle and our diet (more on that below).

#2: Gain of Belly Fat:To some extent whether we store excess fat as “pears” or “apples” is genetically determined. However, what we eat can also exert a major influence. For example:

What Can You Do If You Are Already Skinny Fat? 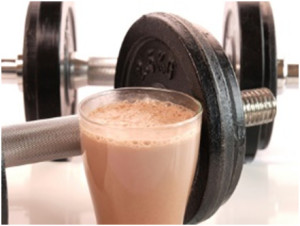 #2: Lose Your Belly Fat:To some extent you will start to lose your belly fat naturally if you follow the recommendations above. In addition, you will want to: