Should Men Avoid Those Supplements? 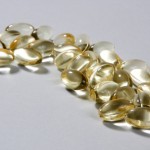 You’ve probably seen the headlines saying “Supplementation with selenium and vitamin E increases the risk of prostate cancer.” The authors of the study even said “Men aged greater than 55 should avoid supplements with either vitamin E or Se (selenium) at doses that exceed recommended dietary intakes.”

In a recent “Health Tips From The Professor” I debunked the headlines saying “Omega-3 fatty acids increase prostate cancer risk“.

That study showed that supplementing men who had low blood levels of selenium with 200 ug/day of selenium decreased their prostate cancer risk by 65%.

It was followed by a second, much larger trial called the Selenium and Vitamin E Cancer Prevention Trial (SELECT) (Lipmann et al, JAMA, 301: 39-51, 2009). It looked at supplementation with 200 ug/day of selenium and/or 400 IU/day of synthetic alpha-tocopherol.

The Study That Generated The Headlines

The authors of the study that generated the recent headlines (Kristal et al, Journal of the National Cancer Institute, doi: 10.1093/jnci/djt456, 2014) were attempting to find a simple explanation for the unexpected results of the SELECT study.

However, at face value their data were confusing rather simplifying. They found:

Based on this hodge-podge of data, they concluded that “Men aged greater than 55 should avoid supplements with either vitamin E or Se (selenium) at doses that exceed recommended dietary intakes.” That was the statement that generated the headlines. Was that recommendation justified?

There was an editorial evaluation of the paper by some of the top expects in the field in the same journal (Frankel et al, Journal of the National Cancer Institute, doi: 10.1093/jnci/dju005, 2014) that provided thoughtful explanations of the confusing data in the paper by Kristal et al. They examined three questions:

1)     Why did the SELECT study find no effect of selenium supplementation in men with low selenium status, while the earlier NPC trial found a 65% decrease in prostate cancer risk?

The authors speculated that the addition of selenized yeast to animal feed has improved selenium status in the US population to the point where selenium supplementation can no longer be expected to reduce prostate cancer risk.

The average selenium intake for adult men in this country is 151 ug/day. That’s just the average. It’s not hard to imagine that adding 200ug/day of selenium to men at the highest selenium intake could move them into the toxic range.

So when vitamin E is present in much higher levels than selenium, as it was in the group with low baseline selenium status, unstable radicals can accumulate and membrane damage can occur. The authors felt that this was the most likely explanation of the increased prostate cancer risk when men with low selenium status were supplemented with high dose vitamin E.

These recommendations would be a much better fit to the data, but don’t lend themselves to dramatic headlines – so the editorial has been largely ignored by the press.

1)     Ignore the scary headlines about selenium and vitamin E causing prostate cancer. You can continue to use your supplements as long as you choose ones that are well balanced.

2)     Conversely, if you are at risk of prostate cancer, there is no good evidence that supplementation with either selenium or vitamin E will reduce your risk.

3)     The results of this study are fully consistent with my longstanding recommendation to follow a holistic approach to supplementation and to avoid high dose single nutrient supplements.

4)     There is no reason to supplement with 200 ug/day of selenium. If you are already getting good amounts of selenium from your diet, that dosage could be toxic and may actually increase your risk of cancer. Make sure that your supplements have no more than the DV (70 ug) of selenium.