Is a plant-based diet better than eating meat when it comes to protein and heart disease? 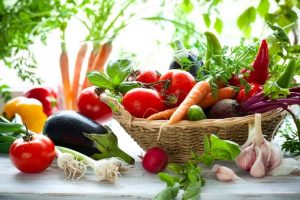 Because of this variation, Adventists provide a rich database for clinical studies. You can compare health outcomes of a vegetarian diet to the standard American diet by comparing Adventists to the non-Adventist population living in the same area. You can also use the Adventist population to compare the health outcomes of the various types of vegetarian diets.

I have described the Adventist Health Studies in detail in my new book, Slaying The Food Myths. Let me briefly summarize the results with an emphasis on heart disease risk: 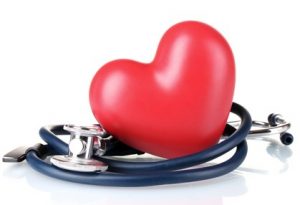 At the time of enrollment, a very detailed food frequency questionnaire was administered. The participants were divided into groups based on the most prevalent protein source in their diet as follows:

The participants in the study were followed for an average of 9.4 years during which there were 2276 cardiovascular deaths. The study then asked what effect protein intake from each of these food groups had on cardiovascular risk. 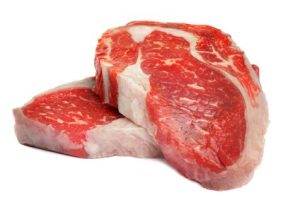 Some of the findings from this study were expected, but some were surprising. When studying protein and heart disease for example:

The authors concluded “Our results suggest that healthy choices can be advocated based on protein sources, specifically preferring diets low in meat intake and with a higher intake of plant proteins from nuts and seeds.” 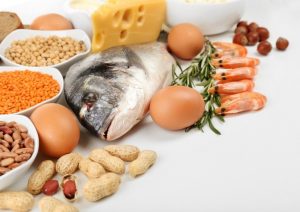 Where the study breaks new ground and leaves some unanswered questions is with the effect of meat, nuts, and seeds on heart disease risk. For example:

Once again, the mechanism of this effect is unclear. The authors suggest it might be due to higher levels of the amino acids glutamate and arginine in seed and nut protein. However, these two amino acids are abundant in a variety of plant-based proteins. Their presence in nut and seed proteins would not appear to be sufficient to confer a special heart health benefit.

In short, this is the first study of this kind and the mechanisms of the effects described are unclear. Thus, one cannot yet definitively claim that meat protein is bad for the heart and nut and seed proteins are good for the heart.

A recent study looked at the effect of the protein content of various foods on heart disease risk. The study reported:

This study does not fundamentally alter what we know about diet and heart disease risk. That is because this study focused solely on the protein component of various foods rather than the foods themselves. The data were statistically corrected for every other beneficial and detrimental effect of those foods. Because of that:

The major new information provided by this study is that:

For more details, read the article above: