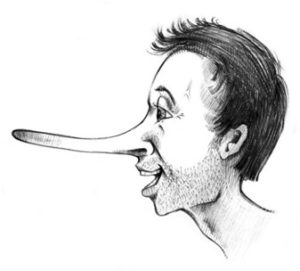 The ethyl ester form of omega-3 fatty acids from fish oil has been the industry standard for high purity omega-3 fish oil supplements for many years. It is very stable, easily purified, and well absorbed by the body. What’s not to like?

If you believe some recent advertisements, there is a lot not to like about the ethyl ester form of omega-3s. These ads each claim that their particular form of omega-3s is more natural, better absorbed, and more efficiently incorporated into cell membranes, or some combination of those features. They each cite clinical studies “proving” that their products are superior. These advertisements seem so plausible and so compelling.

However, it is almost impossible to tell you why I consider these advertisements omega-3 fish oil supplements to be misleading without getting a little “techie”, so let’s start with some basic definitions. I call this section “Omega-3s 101.”

Let’s start with some basic definitions:

Next, let’s look at how omega-3 fatty acids are metabolized:

Finally, we should ask how one measures the bioavailability of the various forms of omega-3s:

While there are some nuances that I did not cover, the basic mechanisms of absorption and metabolism of omega-3s are remarkably similar regardless of whether they start out in the ethyl ester, triglyceride, phospholipid, or free fatty acid form. The questions then become, how does one test how efficiently the various forms are utilized by the body and how much do these individual test actually tell us?

Are Some Omega-3 Fish Oil Supplements Better Than Others? 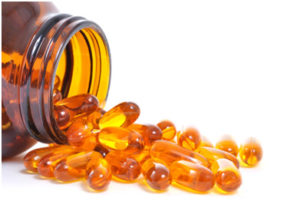 There has been a lot of confusion in the literature about whether the form of omega-3 supplements matters. Various studies have been published supporting the superiority of one form or another of omega-3s. Most of these studies have been supported by manufacturers who have a particular form of omega-3s they want to sell, and, as I mentioned above, the parameters tested seem to have been selected to make their supplement look good.  So, are some omega-3 fish oil supplements better than others?

Finally, someone has designed a comprehensive study to clear up all the confusion and provide answers that can be trusted (West et al, British Journal of Nutrition, 116: 788-797, 2016). Interestingly, this research was supported by a pharmaceutical company (Vifor Pharma) that does not appear to sell an omega-3 product currently. Perhaps they simply wanted to find out what worked best before designing their own product. What a novel concept!

The results were pretty clear cut:

The authors concluded: “Together, these findings show that in healthy individuals neither the lipid structure nor the overall fatty acid composition of supplements influence their bioavailability during dietary supplementation, despite the apparent lower postprandial availability [in short term studies] of EPA + DHA ethyl esters compared with triglycerides or free fatty acids.”

What Do These Studies Mean For You?

You can forget all those ads hyping the newest, greatest form of omega-3 fish oil supplements. Objective research has shown there is not a dimes worth of difference between the various forms of omega-3 supplements.

Sustainability is also an issue, so you should choose manufacturers who source their omega-3s in a sustainable manner. There are two comments I will make about sustainability so you won’t be misled.