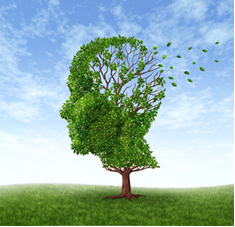 Who wouldn’t want to avoid dementia and Alzheimer’s in our later years? There is a ton of advice on the internet about “magic” solutions to keep our brains sharp well into our 90s. Unfortunately, most of that advice is contradicted by other claims on the internet that those solutions don’t work. What should a person do if they want to keep their brain healthy?

Two weeks ago I talked about a study showing that a holistic approach, which to me includes healthy diet, weight control, exercise, supplementation, socialization and memory training, significantly reduces cognitive decline in the elderly (Is There Hope For Alzheimer’s?).

Last week I sorted out the conflicting advice about B vitamins and cognitive decline (Do B Vitamins Slow Cognitive Decline?). More importantly, I told you who would benefit from B vitamin supplementation and who would not.

In part three of this series I’m going to help you sort out the conflicting information on omega-3s and cognitive decline. Then I will sum up what a holistic brain health program might look like for you.

There are lots of reasons to believe that omega-3 fatty acids are important for brain health and might, therefore, slow cognitive decline. For example:

The omega-3 fatty acid DHA is an important part of the myelin sheath, the protective coating for every neuron in our body.

DHA is also converted to a neuroprotective agent that protects the brain from oxidative stress.

The Confusing Evidence About Omega-3s And Cognitive Decline

It had been assumed for years that by the time one already had Alzheimer’s it was too late for omega-3s to exert a protective effect. However, some recent studies have suggested a possible genetic explanation for the conflicting information on omega-3s and cognitive decline.

There is a genetic variant of the ApoE gene called ApoE4 that dramatically increases the risk of Alzheimer’s disease. Around 20-25% of the general population and 40-50% of Alzheimer’s patients have this genotype. Several recent studies have suggested that omega-3s may protect against cognitive decline only in people who do not carry the ApoE4 genotype. The current study (Daiello et al, Alzheimer’s & Dementia, doi: 10.1016/j.jalz.2014.02.005) was designed to test this hypothesis.

This was a very well designed study. The investigators enrolled 819 older adults (average age 75, range 55-90) in the study and followed them for 3 to 4 years. 229 of the participants had normal cognition at enrollment, 337 had mild cognitive impairment and 193 had Alzheimer’s disease. All participants were tested for ApoE genotype. 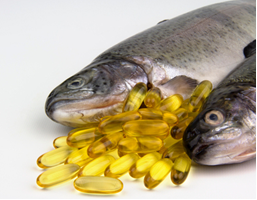 The results were pretty interesting:

The authors concluded that their results “highlight the need for future research on the effects of long-term fish oil supplement use on cognitive aging and dementia prevention in middle-aged and older adults”.

They also highlighted a major reason why so many previous studies have failed to find a link between omega-3s and cognitive decline when they said “Studies on cognitive aging that don’t screen subjects for ApoE4 are doomed to failure”.

Putting It All Together: Holistic Approaches For Preserving Brain Health

When I began this series three weeks ago with Is There Hope For Alzheimer’s? , I talked about the importance of holistic approaches. I referred back to a cancer expert who said that he could prove that a holistic lifestyle approach significantly reduced the risk of colon cancer, but he couldn’t prove that any individual lifestyle change had any effect on colon cancer risk. 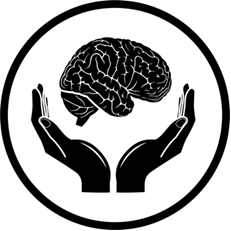 The situation is very similar when we talk about preserving cognitive function. Over the past three weeks I have identified many things that can reduce the risk of cognitive decline – healthy diets, exercise, socialization, mental exercise, maintaining a healthy weight, B vitamins and omega-3 fatty acids. If we follow a holistic lifestyle that combines all of these things, we are likely to dramatically increase our probability of maintaining a healthy brain well into our golden years.

However, holistic lifestyle changes are difficult. I know some of you will want to take a simpler approach. You are going to ask:

1)  Are there some individual lifestyle changes that are certain to slow cognitive decline on their own?

2)  Are there some lifestyle changes I don’t need to make if my diet is OK?

The study I described in last week’s Health Tips From the Professor  found that B vitamin supplementation only reduced the risk of cognitive decline for people who were B vitamin deficient.

3)  Is it even worth bothering making lifestyle changes if I’m genetically predisposed to developing Alzheimer’s?

This week’s study found that omega-3s reduced the risk of cognitive decline only in people who did not have the ApoE4 genotype. Does that mean that you should rush out and test yourself for ApoE4?

Here the answer is a clear no. In the first place, we have no idea how the ApoE4 genotype affects the other lifestyle changes that slow cognitive decline.

In addition, there is another, very important reason why most experts, including the professor, decline being tested for ApoE4. The ApoE4 genotype dramatically increases your risk of developing Alzheimer’s disease, and there is no proven treatment for reducing that risk if you are ApoE4 positive. Who wants to know that they are at increased risk of developing Alzheimer’s if there is nothing they can do about it?

3)     The study showed that fish oil supplementation was effective at reducing cognitive decline and brain shrinkage in older adults with normal brain function who were ApoE4 negative, but the study was not large enough to determine whether it was also effective in older adults with cognitive decline or Alzheimer’s disease who were ApoE4 negative. Further research is needed to clarify this important point.

4)     This was a relatively well designed study, but it was a small study. Larger, long-term studies are needed to confirm these results. More importantly, based on the results of this study, future studies will need to screen participants for ApoE4 status to assure that there is a large group of ApoE4 negative participants. This would provide enough statistical power to clearly determine whether fish oil supplementation can also benefit people who already have symptoms of cognitive decline or Alzheimer’s and are ApoE4 negative.

5)     Even though ApoE4 status influences the effectiveness of fish oil supplementation on slowing cognitive decline, you probably don’t want to rush out and get yourself tested for ApoE4. We don’t know whether ApoE4 status influences other lifestyle changes that slow cognitive decline. More importantly, the ApoE4 genotype dramatically increases the risk of developing Alzheimer’s disease, and there is currently no proven treatment for reducing that risk if you are ApoE4. Who wants to know that they are at increased risk of developing Alzheimer’s if there is nothing you they do about it?

6)     Finally, don’t rely solely on supplementation with B vitamins or omega-3s to reduce your risk of cognitive decline. Your chances of reducing cognitive decline are best with a holistic approach that includes healthy diet, exercise, socialization, mental exercises, maintaining a healthy weight, B vitamins and omega-3 fatty acids.