Why Is There So Much Confusion About Omega-3 and Heart Disease Risk? 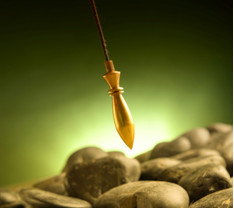 At that time, everyone was talking about the benefits of omega-3s in reducing heart disease risk. The American Heart Association recommended an intake of 500-1,000 mg/day of omega-3s for heart health. Some experts were recommending even more if you were at high risk of heart disease.

In the 2000’s the pendulum swung in the other direction. Several clinical studies found no benefit of omega-3s in reducing heart disease risk. Suddenly, experts were telling us that omega-3s were overrated. They were a waste of money. The American Heart Association kept their omega-3 recommendations for heart health, but put more emphasis on omega-3s for people with elevated triglycerides (where the benefits of omega-3s are non-controversial).

Suddenly regarding omega-3 and heart disease, the pendulum is swinging back again. A recent meta-analysis (Alexander et al, Mayo Clinic Proceedings, 92: 15-29, 2017) reported that omega-3s do appear to be beneficial at reducing heart disease risk. An editorial accompanying that article (O’Keefe et al, Mayo Clinic Proceedings, 92: 1-3, 2017) called the meta-analysis “the most comprehensive of its kind to date…” Those experts went on to say “…omega-3-fatty acid intake of at least 1 gram of EPA + DHA per day, either from seafood or supplementation (as recommended by the American Heart Association) continues to be a reasonable strategy.”

Why is there so much confusion about omega-3 and heart disease? Let’s start by reviewing the recently published meta-analysis. 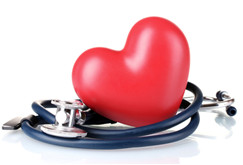 This study (Alexander et al, Mayo Clinic Proceedings, 92: 15-29, 2017) combined the data from 18 randomized controlled trials with 93,000 patients and 16 prospective cohort studies with 732,000 patients. This was the largest meta-analysis on omega-3s and heart health performed to date. The results were as follows:

The authors concluded “[Our] results indicate that EPA + DHA may be associated with reducing heart disease risk, with greater benefits observed among higher-risk populations…”

Why Is There So Much Confusion About Omega-3s and Heart Disease Risk? 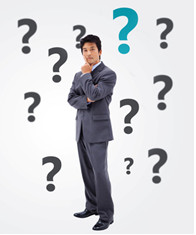 There are several major clinical studies in progress looking at the effect of omega-3s on heart health. Some experts predict that the confusion will be cleared up once they are published. I predict they will only add to the confusion. Let me explain why.

Let’s look at the flaws, and why they provide incorrect information.

Flaw #1: Omega-3 supplementation will only be beneficial for people who are omega-3 deficient. The authors of the Mayo Clinic Proceedings editorial provided a useful analogy. They said: “Vitamin C bestows dramatic and lifesaving benefits to persons with scurvy, but is no better than placebo for persons who are replete with vitamin C.”

That means a well-designed study should measure omega-3 levels in red blood cells both prior to and at the end of the clinical study. The data analysis should focus on those individuals who started the study with low omega-3 status and whose omega-3 status improved by the end of the study. Unfortunately, few of the previously published studies have done that, and I am not confident that the ongoing studies have incorporated that into their experimental design.

I can’t predict how the ongoing studies will analyze their data. If they focus on high-risk groups they are more likely to report a beneficial effect of omega-3s on heart health. If they only report on the results with the general population, they are likely to conclude that omega-3s are ineffective.

I do need to make an important distinction here. The inability to demonstrate a beneficial effect of omega-3 supplementation in the general population does not mean that there is no effect. It turns out to be incredibly difficult to demonstrate a beneficial effect of any intervention, including statins , in a healthy, low-risk population. Because of that, we may never know for sure about the relationship between omega-3 and heart disease. Do omega-3s reduce heart disease risk for the young and healthy. At the end of the day, you will need to make your own decision about whether omega-3s make sense to you. 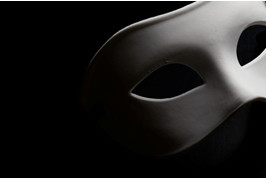 Flaw #3: Heart medications mask the beneficial effects of omega-3 supplementation. When the public hears about the results of a randomized controlled study they assume that the placebo group received no treatment and the omega-3 group was only receiving omega-3s. That is not how it works.  Medical ethics guidelines require that the placebo group receive the standard of care treatment – namely whatever drugs are considered appropriate for that population group.

These are medications that reduce cholesterol levels, lower triglyceride levels, lower blood pressure, reduce inflammation, and reduce clotting time. In other words, the drugs mimic all the beneficial effects of omega-3s. (The only difference is that the drugs come with side-effects. The omega-3s don’t.) It is no coincidence that many of the recent studies have come up empty-handed.

The current studies are asking a fundamentally different question. In the 90s, clinical studies asked whether omega-3s reduced heart disease risk in high-risk patients. Today’s clinical studies are asking whether omega-3s provide any additional benefits for patients who are already taking multiple drugs. Personally, I think my readers are more interested in the first question than the second.

Once again, the current meta-analysis is perfectly consistent with this interpretation. The high-risk groups who clearly benefited from omega-3 supplementation were not ones with pre-existing heart disease or who had previously had a heart attack. They were the ones with elevated LDL cholesterol or triglycerides. They were patients who were, either not taking drugs for those risk factors, or patients for whom the drugs were ineffective.

Because subjects in future studies will be taking multiple medications, I predict that even those ongoing studies focusing on high-risk populations will come up empty-handed.

Now you understand why I started this section by saying that I predict many of the ongoing studies will provide incorrect results. I predict that you will see more headlines proclaiming that omega-3s don’t work. However, you won’t be swayed by those headlines because you now know the truth about the flaws in the clinical studies behind the headlines! 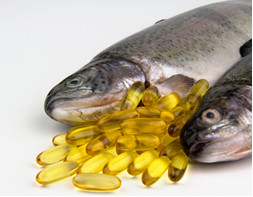 The most recent meta-analysis and a careful evaluation of previous studies make two things clear:

We can divide risk factors for heart disease into those we know about, and those we don’t.

If you are young and healthy, the unfortunate truth is that we may never completely understand the relationship between omega-3 and heart disease. We may not know whether omega-3 supplementation reduces your risk of heart disease. However, I think the overall evidence is strong enough that you should consider adding omega-3s to your diet.

In short, I agree with the authors of the Mayo Clinic Proceedings editorial and the American Heart Association that omega-3-fatty acid intake of at least 1 gram of EPA + DHA per day, either from seafood or supplementation, is a prudent strategy for reducing heart disease risk.