How Did The Myths Arise? 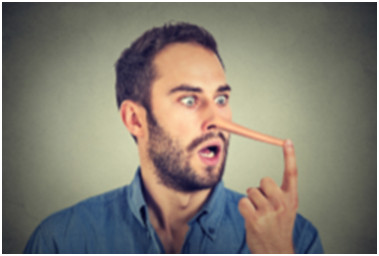 How did methylfolate become the center of a myth?

How are the lies of the food supplement industry created? Some of them start innocently enough. They are often based on a kernel of truth which is misinterpreted by some well-meaning medical doctors. It’s not their fault. We teach future doctors what I call “metabolism light” in medical school. There simply isn’t room in the medical curriculum to teach all the details and nuances of human metabolism. We also try to teach them the basics of how to interpret the scientific literature. However, it takes years of experience to get really good at picking out the strengths and weaknesses of clinical studies.

The doctors form their hypothesis and test it on a few patients. If it works, they publish a paper. At that point their idea is picked up by the “sensationalist” bloggers. These are the bloggers who like to focus on the sensational. They delight in writing about “new findings” that go against what the medical profession has been telling you for years. The bloggers don’t stop there. They usually expand the claims. They ‘cherry pick” the scientific literature by quoting only studies that support their viewpoint, and ignoring studies that refute it. In short, they put together a very compelling story. Soon the story is picked up by other bloggers who embellish it further. After it appears in enough sites, people start believing it. A myth is born.

Then supplement companies get in the act. They sense there is money to be made. They manufacture supplements to provide nutrients supported by the myths. They embellish the mythology even more and put together a compelling story to market their products. This is where the mythology becomes deception. Companies have the responsibility to design their products based on the best science. They have an obligation to tell the truth about their products. They know, or should know, that all their claims are not true. When they make claims they know cannot be true, they are lying to you.

The saga of the methylated B vitamins is a perfect example of how observations based on a kernel of truth became myths and eventually became downright lies. Let me share that story with you.

The Kernel Of Truth About Methylfolate

Let’s start with the “kernel of truth” that launched the whole methylfolate saga. It started with a doctor who was having a very difficult time finding a solution for a patient with some significant health issues. The doctor ordered a genetic test and discovered the patient had a deficiency in the methylene tetrahydrofolate reductase (MTHFR) gene. The doctor remembered the reaction catalyzed by MTHFR, and a light bulb went off. “Eureka”, he said. His patient must be unable to make N5-methyltetrahydrofolate (commonly referred to as methyl folate), and methylfolate is required for some very important methylation reactions in the cell.

He gave his patient methylfolate, and the patient’s symptoms got better. The doctor leapt to the conclusion that other patients with MTHFR deficiency needed methyl folate as well. Many of those patients responded to methylfolate as well. He didn’t bother to check whether they responded equally well to folic acid. He just assumed methylfolate was the magic elixir. He wrote a paper on his clinical observations, and the methylfolate story was launched. It all seemed so logical. However, the story was not nearly as straight forward as the doctor and the people publicizing his findings assumed. Let me walk you through some “Metabolism 101”. Don’t worry. There won’t be a quiz.

Why The Original Assumptions About Methylfolate Were Misleading

MTHFR mutants only have a partial loss of activity. 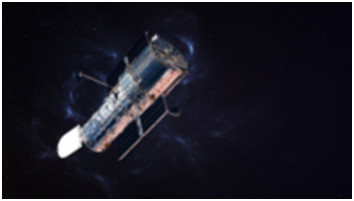 Our human body is wonderfully designed. For many of our most essential metabolic reactions we have built in redundancy. We don’t require 100% activity of key enzymes. This helps protect us from bad effects of mutations as they arise.

The best analogy I can think of is the US space program. Most space vehicles had built in redundancy so that if one system failed, the mission could go on. For example, you may remember the Hubble space telescope. It was launched with four gyroscopes to keep the telescope pointed in the right direction. After a few years, one gyroscope gave out. That was not a problem because there were three left. A few years latter the second gyroscope gave out. Again, there was no problem because there were still two gyroscopes left. It was only after the third gyroscope gave out that Hubble became a bit “wonky”, and a space shuttle was sent up to replace the gyroscopes. It is the same with MTHFR. Only when you get down to around 30% activity, does it become a bit wonky”. (That’s about as non-technical as I get.)

Not Everyone With MTHFR Deficiency Experiences Symptoms

This is due to a phenomenon my geneticist friends refer to as penetrance. Simply put, that means that not everyone with the same mutation experiences the same severity of symptoms. That is because the severity of a mutation is influenced by diet, lifestyle, and genetic background. Let me start with genetic background. In terms of MTHFR mutants you can think of genetic background as being mutations in a related methylation pathway. People who have a mutation in both MTHFR and a gene in a related pathway will experience more severe symptoms and are more likely to require methyl folate. Once you understand penetrance, you realize that individuals requiring methyl folate may represent only a small subset of people with MTHFR mutations.

Penetrance is a concept that most proponents of the methylfolate hypothesis completely ignore. The most severe MTHFR mutation (C677T homozygote) increases the probability that individuals will exhibit symptoms, but some individuals with that mutation are completely normal. Now that you understand the concepts of redundancy and penetrance, you can understand why that is.

When Did The Kernel of Truth About Methylfolate Become A Myth? 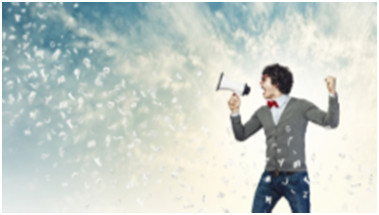 Up to this point the hype around methylfolate could be chalked up to an honest misunderstanding. The doctors who published the original papers may not have known that MTHFR mutations only resulted in a partial reduction in enzyme activity. They probably didn’t know the concepts of redundancy (our cells don’t need 100% enzyme activity) or penetrance (the same mutation may cause severe symptoms in some patients and have no effect in others). It seemed logical to assume that everyone with a MTHFR mutation might do better with methyl folate supplementation. That was incorrect, but it was an honest mistake. 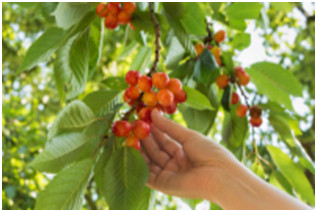 On the surface, these pronouncements should not have passed the “If it sounds too good to be true…” test, or in this case, the “If it sounds too bad to be true…” test. You were being asked the believe that folic acid, which has been in use for over 80 years and is backed by hundreds of studies showing it is safe and effective, was neither safe nor effective. You were asked to believe that the government was poisoning you by fortifying foods with folic acid.

However, to make their blogs sound more convincing, they listed clinical studies supporting their stories. The problem is they “cherry picked” the studies that supported their story and ignored the rest. Their bias was particularly outrageous when it came to the “story” that folic acid increases cancer risks. They ignored 10 or 20 studies showing no cancer risk and reported one suggesting it might increase risk. I call that deceptive.

Unfortunately, the myths created by the bloggers have been repeated often enough that many people now believe they are true. I will debunk their myths next week, but first let me touch on how their deceptions became downright lies.

When Did The Myths About Methylfolate and Methyl B12 Become Lies?

If you are writing a blog, you are covered by “freedom of speech.” You can say whatever you want. It doesn’t have to be true. However, if you are a supplement manufacturer, you are held to a higher standard. Ignorance is no longer an excuse. You can no longer cherry pick the “facts” you like and ignore the rest. You are ethically obligated to research all the available literature and be guided by the best scientific evidence.

Reputable companies have been guided by the scientific evidence and have not jumped on the methylfolate bandwagon. They know folic acid is both safe and effective in a wide variety of clinical situations. They also know that, while methylfolate may be just as effective as folic acid, its potential is largely unproven at this point. It has not been tested in many clinical situations.

Less reputable companies, however, sensed money to be made by capitalizing on the buzz around methylfolate. They repeated the myths of the bloggers to claim that their products were superior to others on the market. They call it marketing. I call it lying. They have an obligation to fact check their claims, and only make claims that are true.

It gets worse. Since lots of people already believed they needed methylfolate, why not extend the claim to one of the methylated B vitamins, methyl B12? That would boost sales even more. The claims for methyl B12 were even more outrageous than for methylfolate. There wasn’t even a “kernel of truth” like MTHFR deficiency to serve as a foundation. The claim was the methyl B12 was needed because of some sort of ambiguous “methylation deficiency”. The lies had become whoppers.

Next week I will debunk the methylfolate and methyl B12 myths. Stay tuned.

This week I have shared the story about how the myths about methylfolate and methyl B12 arose and how they eventually became lies. Next week I will debunk the myths.