Are Clouds Gathering For the Sunshine Vitamin? 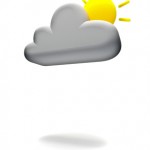 We’ve known for years that vitamin D plays an essential role in calcium metabolism and is important for bone health. In fact, the use of vitamin D to prevent and cure rickets is one of the greatest success stories in the field of nutrition.

However, in recent years a number of studies have suggested that adequate vitamin D status was also important in reducing the risk of cancer, heart disease, diabetes, infectious diseases and autoimmune diseases – as well as overall mortality. Suddenly it seemed as if vitamin D could leap over tall buildings in a single bound (I realize that I’m probably dating myself with that analogy).

So when I saw the headlines about a new study (Theodoratou et al, BMJ, 2014;348:g2035 doi: 10.1136/bmj.g2035)  that concluded all of those benefits of vitamin D were unconfirmed, I was not surprised. After all there have been many examples of periods in which individual vitamins were reported to have miraculous benefits – only to have most of those benefits debunked by subsequent studies. I fully expected that would be the theme of this issue of “Health Tips From the Professor”.

But when I read the article I found that the study had multiple flaws (more about that latter). I also discovered that the same issue of the British Medical Journal had another, much better designed, study that came to the exact opposite conclusion (Chowdhury et al, BMJ 2014;348:g1903 doi: 10.1136/bmj.g1903).

Funny how only the first study made it into the headlines. It’s only the negative news that sells.

The first study was a very large meta-analysis that included 107 systematic reviews, 74 meta-analyses of observation studies (studies that compare population groups) and 87 meta-analyses of randomized, placebo controlled trials. In case you were wondering, the total number of patients enrolled in these studies must have numbered in the hundreds of thousands.

The authors of the study reported that:

Based on this evidence the authors said “universal conclusions about vitamin Ds benefits cannot be drawn [from current data]” and that vitamin D “might not be as essential as previously thought in maintaining bone mineral density”.

Both of those statements are pretty revolutionary, but a study this large has to be true – right? The answer is a definite maybe. The problem is that many of the studies included in this meta-analysis were poorly designed by today’s standards. Remember the old saying “garbage in, garbage out”.

The Study Is Flawed

My specific criticisms of the study are:

1)     The conclusions about vitamin D and bone density were seriously flawed. The authors acknowledged that previous studies have shown that calcium and vitamin D together increased bone density, but they considered calcium to be a confounding variable and only included clinical trials using vitamin D supplementation alone. That shows a complete misunderstanding of the biochemical role of vitamin D.

The purpose of vitamin D is to maintain constant levels of blood calcium, not to build strong bones.

That’s why vitamin D and calcium work together. It is utter nonsense to expect vitamin D to increase bone density or prevent fractures unless you make sure that calcium intake is at least adequate.

3)     Finally, the authors did not separate the studies based on whether vitamin D2 or vitamin D3 was used. That’s important because some recent studies have suggested that D3 is more beneficial than D2.

Is Vitamin D Beneficial After All? 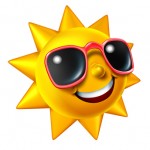 The second study came to the exact opposite conclusions. It was also a very large study. It included 73 observational studies (849,412 participants) and 22 randomized, placebo controlled studies (30,716) participants. Here is what the authors of this study concluded.

1)     Two studies were published in the April 2014 issue of the British Medical Journal. The first concluded that all of the supposed benefits of vitamin D – including increasing bone density – were not supported by the available data. The second study concluded that adequate intake of vitamin D significantly reduced deaths due to heart disease and cancer and also significantly reduced overall mortality. Somehow, only the first study made it into the headlines. Why does that not surprise me?

3)     The only point of agreement between the two studies is that more and better studies are needed to sort out the benefits of vitamin D and what levels of vitamin D are optimal. I wholeheartedly agree.

4)     My advice is to ignore the headlines telling you that vitamin D is dead. On the other hand, don’t get caught up in the hype and buy megadoses of vitamin D supplements. While the evidence is rock solid that vitamin D and calcium together are essential for strong bones, the jury is still out on some of the other health benefits of vitamin D.

6)     However, people metabolize vitamin D with different efficiencies, so I strongly recommend that you get your blood levels of 25-hydroxy vitamin D tested and let your doctor help you determine how much vitamin D you should be getting.

7)     Finally, a number of recent studies suggest that vitamin D3 may be more effective than vitamin D2, so I only recommend supplements that contain D3.