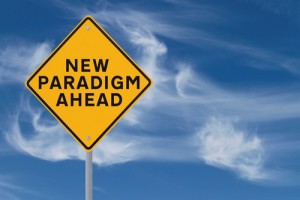 Want to know how to prevent memory loss? Every once in a while a breakthrough study comes along that has the potential to change paradigms. A recent study (Jerneren et al, Am J Clin Nutr, 102: 215-221, 2015) looking at the potential of B vitamins and omega-3s to slow brain shrinkage in the elderly is just such a study. It has the potential to forever change the way we think about preserving brain health as we age.

One of the most terrifying aspects of aging is the thought that we might literally lose our minds. On one hand, it seems to be an almost inevitable part of the aging process. Every year millions of older Americans develop mild cognitive impairment, and as they age many of them progress on to dementia or Alzheimer disease. In fact, one recent study (Plassman et al, Ann Neurol, 70: 418-426, 2014) estimated that for individuals 72 and older in the United States every 6 years:

Unfortunately, there is no effective drug treatment for preventing this cognitive decline, and there don’t appear to be any promising new drugs on the horizon. So it is only natural to ask whether there are diet and lifestyle changes that might reduce the rate of cognitive decline as we age.

That’s what makes the current study (Jerneren et al, Am J Clin Nutr, 102: 215-221, 2015) paradigm-changing. If this study is correct, you need both B vitamins and omega-3 fatty acids together to prevent cognitive decline. Neither one will work without the other.

Why Might B Vitamins and Omega-3s Both Be Required for Brain Health?

It is easy to understand why B vitamins and omega-3s each might be important for preventing cognitive decline individually. Cognitive decline is closely associated with elevated levels of homocysteine, a toxic amino acid metabolite, and multiple clinical studies have shown that the combination of folic acid, vitamin B12 and vitamin B6 is effective at lowering homocysteine levels.

The omega-3 fatty acids are an integral part of the myelin sheath that coats our neurons. You can think of myelin as being like the plastic coating on an electrical wire that allows the electrical current to travel from one end of the wire to the other without shorting out. Myelin plays essentially the same role for our neurons.

But what is the possible connection between B vitamins and omega-3s with regard to brain health? The authors of this study had an interesting hypothesis. It turns out that when homocysteine levels are elevated due to B vitamin deficiency methionine levels and the levels of a number of downstream metabolites, including phosphatidylcholine, are reduced – and phosphatidylcholine is what delivers omega-3 fatty acids to the brain.

Conversely, if we assume, as the authors suggested, that the real role of B vitamins is to assure the presence of enough phosphatidylcholine to deliver omega-3 fatty acids to the brain, B vitamins would be effective only in clinical studies where the subjects were also getting sufficient omega-3s from their diet. 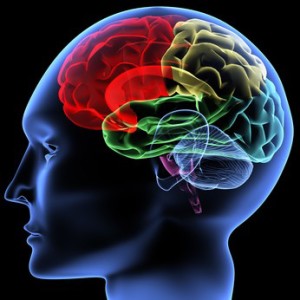 The study itself included 168 adults over the age of 70 (average age = 77) with mild cognitive impairment at the beginning of the study. Half of them were given a high dose B vitamin supplement (800 ug folic acid, 500 ug vitamin B12, and 20 mg vitamin B6), and the other half were given a placebo.

The results were pretty striking:

What Is The Significance Of This Study?

In today’s scientific world, “gold standard” clinical studies are considered to be those in which a single variable is evaluated in a double-blind, placebo-controlled clinical trial. Unfortunately, this reductionist approach can sometimes lead to misleading and confusing results.

For example, I once attended a session in which a world renowned expert was giving his talk on colon cancer. He said, “I can show you, unequivocally, that colon cancer risk is significantly decreased by a lifestyle that includes a high-fiber diet, a low-fat diet, adequate calcium, adequate B-vitamins, exercise and weight control. But I can’t show you that any one of them, by themselves, is effective.”

Similarly, in a recent “Health Tips From the Professor” I shared a study, Alzheimers Hope, showing that a holistic program involving exercise, a healthy diet, socialization and memory training significantly reduced cognitive decline in the elderly. Once again, it has been very difficult to reproducibly show that any of those interventions individually prevent cognitive decline.

That is what makes the current study so exciting. It is a single study, and it is a relatively small study. It definitely needs to be repeated. However, it has the potential to be a paradigm-shifting study. 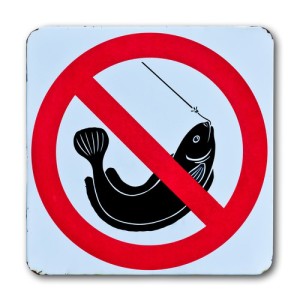 Our oceans and rivers are becoming more and more polluted, and many people are avoiding fish because of concerns about heavy metal or PCB contamination. There is also an increasing emphasis on eating “sustainable” fish. That usually means the fish are farm raised, and farm raised fish are the most likely to be contaminated with PCBs, which is unfortunate. For example, I recently went to a nice restaurant that had a delicious sounding salmon dish on their menu. They could guarantee that the salmon was sustainably raised, but they couldn’t guarantee it was PCB-free. I chose not to eat the salmon.

We don’t do much better with respect to B vitamins either. For example:

Clearly, this is not just an academic argument. Millions of older Americans are deficient in B vitamins or omega-3s or both.