Preventing Cognitive Decline As We Age 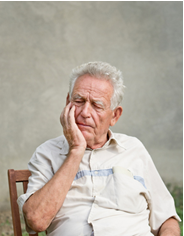 As we age nothing is more terrifying than the word Alzheimer’s. For most of us the ultimate irony would be to spend a lifetime taking good care of our body, only to lose our mind. From time to time there are encouraging reports about the potential of low fat diets, diets rich in fruits and vegetables, B vitamins, omega-3 fatty acids, various herbs, and other natural approaches that might slow cognitive decline as we age.

Inevitably, it seems, those hopes are dashed by subsequent meta-analyses supposedly showing that each of those approaches is worthless. That wouldn’t be so bad if there were effective medications to slow cognitive decline and prevent Alzheimer’s, but there aren’t. The Alzheimer’s drugs on the market today simply have not been shown to be effective.

But, what if all of these studies were missing the mark by focusing on individual interventions? Perhaps we should be focusing a holistic approach instead.

The Power of Holistic Approaches

One of the examples of the power of a holistic approach that I love to use, because it really made an impression on me as a young scientist, occurred at an International Cancer Symposium I attended more than 30 years ago.

I attended a session in which an internally renowned expert was giving his talk on colon cancer. He said, “I can show you, unequivocally, that colon cancer risk is significantly decreased by a lifestyle that includes a high-fiber diet, a low-fat diet, adequate calcium, adequate B-vitamins, exercise and weight control. But I can’t show you that any one of them, by themselves, is effective.”

Is that the message that we should be giving people? Or should we really be saying what that doctor said many years ago – a lifestyle that includes all of those things significantly decreases the risk of colon cancer?

What about Alzheimer’s and cognitive decline? Could a holistic approach have an impact here as well?

Is There Hope For Alzheimer’s? 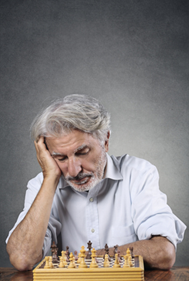 A study performed by Dr. Miia Kivipelto and colleagues at the Karolinska Insitute in Sweden and the National Institute for Health and Welfare in Helsinki, Finland suggests that a holistic approach may, in fact, be able to slow cognitive decline in older people.

Previous studies had suggested that exercise, a good diet, socialization and memory training might slow cognitive decline in the elderly, but, like all other individual interventions, the benefits of these interventions were not reproducible. Dr. Kivipelto and colleagues designed a clinical study that combined all of these interventions into a single holistic approach.

They started with 1,260 healthy adults aged 60-77 from Sweden and Finland and divided them into two groups. One group was enrolled in a holistic program involving exercise, a healthy diet, socialization and memory training. This group was closely monitored for compliance. The other group was just given general health advice – not unlike the advice you might expect to receive from your doctor.

Each group was given a memory test at the beginning of the study and a second memory test two years later. Both groups scored about the same on the first memory test. However, the group enrolled in the holistic program did considerably better on the second memory test than the control group who had just been given general health advice.

One of the lead investigators was quoted as saying: “These findings show that prevention is possible, and it may be good to start early [before the signs of cognitive decline become evident]. With so many negative trials of Alzheimer’s drugs reportedly lately, it’s good that we may have something that everyone can do now to lower their risk [of cognitive decline].”

Limitations of the Study

There are two big caveats for this study.

2)     This study was recently presented at an Alzheimer’s Association International Conference. It has not yet undergone the rigorous peer review required for publication. Once the study has been published I will give you an update.

1)     It has been very difficult to prove that individual interventions, whether they are natural or pharmaceutical, are effective at preventing cognitive decline and the onset of Alzheimer’s as we age.

2)    However, a recent study suggests that a holistic approach that includes exercise, optimal nutrition, socialization and memory training may be effective at preventing cognitive decline in older adults.

4)     Although not mentioned in this study, maintaining proper body weight is also an important part of a holistic approach to reducing the risk of cognitive decline. In a previous “Health Tips From the Professor” I shared data showing that obesity alone can cause a 3-fold increase in the risk of developing dementia.

5)    The take home message should not be that each of the natural interventions is ineffective at preventing cognitive decline as we age. Rather, the message should be that a holistic approach that combines all of the natural interventions may be effective at preventing cognitive decline.