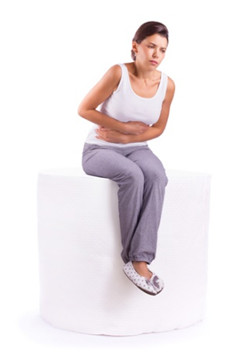 Can the FODMAP diet help reduce gas, bloating, diarrhea, and constipation? Everyone suffers from one or more of these symptoms, but nobody talks about them. For some they represent an annoyance. For others they can be incapacitating.

A Primer On IBS And IBD

IBS is fairly common. Between 10-15% of the US population has been diagnosed with IBS, but experts estimate that as much as 25% of the population experiences symptoms consistent with IBS.

It is also important to understand that IBS is a collection of symptoms, not a disease. The only difference between IBS and the gas, bloating, and diarrhea (or constipation) that many people experience on a fairly regular basis is the frequency and severity of symptoms – and that is an arbitrary distinction. Someone experiencing those symptoms an average of 2 days/month is not significantly different than someone experiencing those symptoms 3 times/month.

While severe IBS can be incapacitating, it does not appear to cause lasting damage to the intestine or predispose to other diseases. Finally, the causes of IBS are largely unknown. Stress, obesity, and food sensitivities may all play a role.

IBD is much less common (0.4% of the US population), but much more severe. It can cause permanent damage to the intestine and can predispose to several diseases, including cancer. For that reason, you should always consult with your physician if you have severe, chronic gastrointestinal issues.

Standard treatment of IBS and IBD has traditionally consisted of recommendations to:

These interventions generally provide only partial relief of the symptoms, so medications are frequently prescribed to control the symptoms. Unfortunately, many of those medications have significant side effects.

Fortunately, research over the past decade suggests that there is a natural, holistic approach that can significantly reduce the symptoms associated with IBS and IBD, thus decreasing the reliance on medications to treat those diseases. It is something called the FODMAP diet. The FODMAP diet is rapidly becoming the standard of care for IBS and IBD, and the same diet also appears to significantly improve symptoms in people who merely experience gas, bloating, and diarrhea more frequently than they would like. More importantly, the principles behind the FODMAP diet can help almost everyone who experiences occasional gas, bloating, diarrhea and/or constipation.

What Is The FODMAP Diet?

The FODMAP diet was devised over a decade ago by a group of scientists in Australia. Basically, they identified all of the kinds of foods that were known to cause gas, bloating, diarrhea, and/or constipation in susceptible people and put together a diet that was low in all of them.

FODMAP is an acronym that stands for:

Of course, that statement comes under the “Aren’t you glad you asked?” category. It is meaningless to most people. A better way to understand this is to look at foods in the FODMAP category. They include:

Does The FODMAP Diet Work?

The evidence that the FODMAP diet is effective is pretty impressive. For example:

On the surface, this seems to be a good news, bad news story. 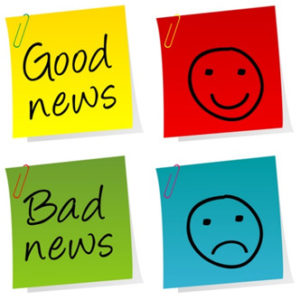 The good news is that the FODMAP diet is incredibly effective at decreasing frequent gas, bloating, abdominal discomfort, diarrhea and constipation – and it really doesn’t matter whether you have been diagnosed with IBS or IBD, or you are just someone who suffers from those symptoms more frequently than you would like.

The bad news is that the FODMAP diet is very restrictive. You can appreciate that when you look at the list of high FODMAPs foods you need to avoid. That means:

The reality, however,is that very few people actually need to restrict all the high FODMAP foods to enjoy significant relief from their symptoms. Clinically, most physicians test various FODMAPs in their IBS and IBD patients and only restrict the ones that cause symptoms. You can do exactly the same thing yourself. Start by reducing groups of high FODMAP foods on the list. Once you have identified which food groups cause your symptoms, you can test foods within that group one by one.

The most important news is that the FODMAP diet concept may help many people who struggle with occasional gas, bloating, and diarrhea. Let me give you one example:

This is just the tip of the iceberg. Most of us have probably identified one or two problem foods that we know give us gas. By using the FODMAPs list we may be able to identify other foods we should avoid.