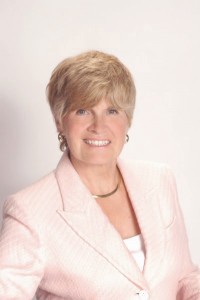 Julie Donnelly is a Deep Muscle Massage Therapist with 31 years of experience specializing in the treatment of chronic joint pain and sports injuries. She has worked extensively with elite athletes and patients who have been unsuccessful at finding relief through the more conventional therapies.

She has been widely published, both on – and off – line, in magazines, newsletters, and newspapers around the country. She is also often chosen to speak at national conventions, medical schools, and health facilities nationwide.

Her training began as a massage therapist, licensed in the State of New York where the initial requirement was 650 hours of classroom study in topics such as Anatomy & Physiology, Kinesiology, Pathology of Muscles, Medical Massage, and Eastern Theory. She spent hundreds of hours focusing on an understanding of why muscles cause pain that may be far removed from the actual source of the problem, and why conditions such as carpal tunnel syndrome exist.

She has also received advanced training from a doctor of osteopathy, a physical therapist, a therapeutic massage therapist and from other professionals involved with just about every form of muscular training. This diverse exposure widened the scope of her practice far beyond spa massage and was the solid foundation of everything she does now. Unlike relaxing massage which has its own benefits, her work focuses on the deep muscles that hold joints bound, preventing full range-of-motion and causing chronic joint pain.

In 1989 she began working with individuals who were suffering from chronic joint pain and sports injuries. She quickly began working with serious athletes, many of them endurance athletes that compete in races with such grueling events as the Century Marathons (actually running 100 miles!), the Race Across America (RAAM) where an athlete cycles from San Diego to Atlantic City, NJ in just 8 days, and Ironman Triathlons which combine 2 ½ miles swimming, 112 miles cycling and then finishing off with 26.2 miles running.

From her work with endurance athletes, serious local athletes, and people who were suffering from a wide assortment of chronic joint pains, the Julstro techniques of self-treatment developed. Expanding her teaching with the addition of the self-treatment concept really separates her from the majority of her peers. She found that as she began to teach people how to help-themselves they could continue their therapy outside of their session with her.

In 1993 she opened her first Julstro Muscular Therapy Center. Her message to her clients is this: “When you come to visit me, I’ll work on your muscles, release the knots that are holding the muscles short and putting pressure on your nerves and joints, and then I’ll teach YOU how to do simple treatments that will help you when you are at home. That is my promise to you!”

But if you cannot travel, she has made her self-treatment techniques available worldwide by way of http://www.julstro.com where you will find information on the Julstro™ Self–Treatment System. You may also be interested in her series of Pain–Free Books which share the Julstro™ techniques in a clear, concise manner.

Finally, if you would like to receive an informative newsletter about how to prevent or reverse the aches and pains related to sciatica, low back syndrome, shoulder–hip–knee pain, or any other repetitive strain injury, you can subscribe now at http://www.julstro.com.