Are Pregnant Women Deficient In Omega-3s? 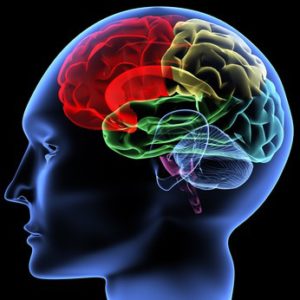 Do women need DHA during pregnancy?  Most experts agree that omega-3 fatty acids, especially DHA, are essential for fetal development during pregnancy and for brain development through at least the first two years of a child’s life. That’s because DHA is an important component of the myelin sheath that coats and protects our brain neurons.

During the last two trimesters of pregnancy and the first two years of a child’s life, their brains are growing and maturing at a remarkable rate. The need for DHA during this critical period is huge, and most of that DHA comes from the mom. That’s why the mom’s intake of DHA during pregnancy and breastfeeding is so important.

For example, higher intakes of omega-3s during pregnancy and breastfeeding have been associated with:

I do wish to acknowledge that there is still debate in the scientific literature about the strength of some of these associations. However, there is enough cumulative evidence for the beneficial effects of omega-3s especially DHA during pregnancy and breastfeeding that virtually all experts agree adequate maternal omega-3 intake is important during this crucial period in a child’s life.

How Much DHA During Pregnancy & Breastfeeding Is Needed?

The National Academies of Science have not yet set a Daily Value for omega-3s. However, a group of experts met in 1999 to recommend adequate dietary intake of omega-3s (Simopoulos et al, Prostaglandins, Leukotrienes & Essential Fatty Acids, 63: 119-121, 2000 ). They concluded that an adequate intake of omega-3 fatty acids in adults was at least 650 mg/day with at least 440 mg/day of that coming from EPA + DHA (220 mg/day each of EPA and DHA). They further recommended that DHA intake in pregnant and lactating women should be at least 300 mg/day.

However, because of concerns about seafood contamination with heavy metals and PCBs (both of which are neurotoxins), the FDA recommended in 2004 that pregnant and lactating women limit seafood consumption to two servings a week, which amounts to about 200 mg/day of DHA. This has been subsequently adopted by the American College of Obstetricians and Gynecologists and the European Union as the recommended amount of DHA during pregnancy and lactation (Coletta et al, Reviews in Obstetrics & Gynecology, 3, 163-171, 2010 ).

The authors of this study (Nordgren et al, Nutrients, 2017, 9, 197; doi:10.3390/nu9030197 ) utilized a nationwide database called NHANES (National Health and Nutrition Examination Survey). NHANES data are based on an annual survey conducted by the National Center for Health Statistics (NCHS) to assess the health and nutritional status of adults and children in the United States, and to track changes over time.

Dietary intake of nutrients is based on two interviewer-administered, 24-hour dietary recalls conducted 3-10 days apart. Omega-3 intake was calculated based on the USDA database of nutrient composition of foods.

The investigators combined NHANES data from the years 2003 to 2012. This included 6478 women of childbearing years (14-45 years old), of which 788 were pregnant at the time of the survey.

Are Pregnant Women Deficient In Omega-3s? 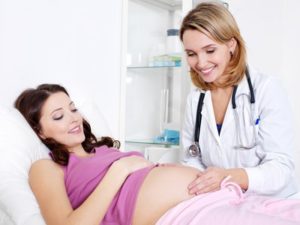 The results of this study were alarming:

What Do Other Studies Show?

This study is not an outlier. In a previous issue  Do Women Get Enough Omega-3 During Pregnancy of “Health Tips From the Professor” I reported on a study showing that 90% of Canadian women were not getting enough DHA in their diet. A similar study in Germany concluded that 97% of middle-aged women had suboptimal omega-3 status (Gellert et al, Prostaglandins, Leukotrienes and Essential Fatty Acids, doi: 10.1016/j.plefa.2017.01.009 ).

More importantly, these omega-3 deficiencies matter. In another issue DHA Supplements During Pregnancy of “Health Tips From the Professor” I reported on a study showing that DHA supplementation significantly reduced preterm births. Based on that effect alone, the authors concluded that DHA supplementation during pregnancy could save the US healthcare system close to $6 billion/year.

Women do need DHA during pregnancy.