An Apple A Day Keeps The Blues Away

Can food affect your mood? In rural North Carolina you still occasionally see bumper stickers that say “Life Happens”. Of course, the word they use isn’t exactly “Life”, but you get the point. 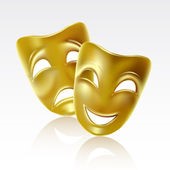 We can’t always control what happens to us. What is important is how we react when bad things happen to us. Do we brush them off and move on, or do we let them get us down? There is no shortage of experts telling us how we can keep the blues away. We are told to count our blessings, meditate, think happy thoughts, develop support groups – the list goes on and on.

But is there perhaps one important parameter that most of these experts are missing? Could the foods we eat make us blue?

The standard American diet (S.A.D.) is high in processed foods, fat (especially saturated and trans fats), refined grains, simple sugars, salt and calories. As I’ve said before, almost anything would be better.

Can Foods Affect Your Mood? Does Junk Food Make You Sad?

The first study by Akbaralay et al (British Journal of Psychiatry, 195: 408-413, 2009) looked at the dietary patterns and mental health outcomes of 3486 participants in the Whitehall II Prospective Study.

In case you didn’t know it, Whitehall is the central district in London where most of the British government offices are located. So the 3486 participants in this study were bureaucrats. They were middle aged (average age 55.6 years old) office staff (74% men, 26% women) who spent most of their day sitting and really didn’t like their jobs very much. (I made up the part about not liking their jobs. It is hard to imagine that kind of job would be deeply fulfilling, but I’m sure that some of the bureaucrats liked their jobs better than others – which is the whole point of this study.)

At the beginning of the study the participants were given a 127 item food frequency quiz to fill out. Interestingly enough, the food preferences of the participants in this study clustered neatly into two groups.

The diets of the processed foods groups predominantly consisted of sweetened desserts, chocolates, fried foods, processed meats, refined grains and high fat dairy products. In short the diet of this group was pretty similar to what we think of as the Standard American Diet (S.A.D.). In contrast, the diets of the whole foods group consisted mostly of vegetables, fruits, fish and whole grains.

The results were pretty eye-catching. The processed food group was 58% more likely to suffer from depression than the whole food group! And this was after correction for age, gender, weight, marital status, education, employment grade, physical activity, smoking and diseases (high blood pressure, heart disease, diabetes, and stroke).

The reasons for this astounding correlation between diet and depression are not clear. Can food affect your mood? Does this give us more insight?

The authors speculated that the diets of the whole food group were likely higher in antioxidants, folic acid and omega-3 fatty acids than the diets of the processed food group – and studies have suggested that each of these nutrients may protect against depression.

Can Food Affect Your Mood? Does Healthy Food Make You Glad? 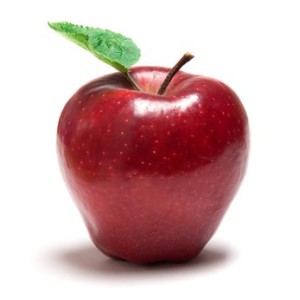 The previous study suggested that junk food may make you sad. So you might be asking: “Does that mean that healthy foods can make you glad?” According to one recent study (Br J Health Psychol, Jan 24, 2013, doi: 10.1111/bjhp.12021) the answer may be yes.

A team from the University of Otago in New Zealand enrolled 281 young adults (average age = 20) in a study that looked at the effect of diet on their mood. Each day for 21 consecutive days they recorded their mood and what foods they ate using an online questionnaire. In particular, they reported the number of servings of fresh fruit and vegetables and of several unhealthy foods such as biscuits or cookies, potato chips or French fries and cakes or muffins.

The investigators correlated the foods eaten with the moods reported by the participants on the same day, and again on the day after those foods were eaten. Once again, the results were pretty impressive.

On the days when people ate more fruits and vegetables they reported feeling calmer, happier and more energetic than they did on other days (p = .002 – anything less than .05 is considered a statistically significant difference). And the good effects of fruit and vegetable consumption carried over to the next day as well (p < .001).

Can food affect your mood? While I paraphrased the “apple a day” quote to introduce this study, one apple won’t quite do it. According to this study it takes about 7-8 servings of fruits and vegetables to positively affect mood. In addition, it probably wasn’t just the fruits and vegetables that made the difference. Based on the previous study I would guess that the participants in the study may have eaten other healthy foods such as whole grains and fish on their good days.

Can Food Affect Your Mood?

Taken together these two studies suggest that the next time you feel a little blue you may want to look at your diet. You may want to include a healthier diet along with the meditation and positive thinking.

Of course, these studies both measured correlations between diet and mood, and any good scientist will tell you that correlations do not prove cause and effect. It could be that when people are “down in the dumps” they just naturally reach for junk foods rather than fruits and vegetables.

There are some things you just can’t control. To paraphrase those country songs, you can’t keep your girl and dog from running off. Life happens to all of us. Can food affect your mood? If you want to keep your mood where it should be, you can always reach for those fresh fruits and vegetables, whole grains and sources of omega-3 fatty acids.