Why The Recent Headlines May Be Misleading 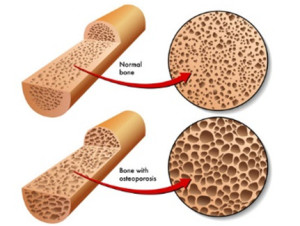 For that reason, the RDA for calcium has been set at 1,000 to 1,200 mg/day to reduce the risk of osteoporosis, and calcium supplements are often recommended to reach that target.However, recent headlines are proclaiming that calcium supplements do not actually prevent bone fractures and might increase your risk of a heart attack. Are the RDA recommendations wrong? Should you throw out your calcium supplements?

Let me start by putting the heart attack myth to rest. I have covered this in detail in a previous “Health Tips From The Professor” article, Calcium Supplements Increase Heart Attack Risk . If you don’t want to go to the trouble of reading my previous article, the short version is that:

Unfortunately, like most other nutrition myths, this one is still being repeated – even after it has been refuted by subsequent studies. 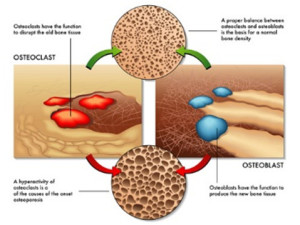 Before you can truly understand osteoporosis and how to prevent it, you need to know a bit about bone metabolism. We tend to think of our bones as solid and unchanging, much like the steel girders in an office building. Nothing could be further from the truth. Our bones are dynamic organs that are in a constant change throughout our lives.

Cells called osteoclasts and osteoblasts constantly break down old bone (a process called resorption) and replace it with new bone (a process called accretion). Without this constant renewal process our bones would quickly become old and brittle (I’ll discuss more about this next week when I talk about the side effects of drugs commonly used to increase bone density).

When we are young the bone building process exceeds bone resorption and our bones grow in size and in density. During most of our adult years, bone resorption and accretion are in balance so our bone density stays constant. However, as we age bone the bone building process (accretion) slows down and we start to lose bone density. Eventually our bones look like Swiss cheese and break very easily. This is called osteoporosis.

We should also think of our bones as calcium reservoirs.  We need calcium in our bloodstream 24 hours a day for our muscles, brain, and nerves to function properly, but we only get calcium in our diet at discrete intervals. Consequently, when we eat our body tries to store as much calcium as possible in our bones. Between meals, we break down bone material so that we can release the calcium into our bloodstream that our muscle, brain & nerves need to function.

If we lead a “bone healthy” lifestyle, all of this works perfectly. We build strong bones during our growing years, maintain healthy bones during our adult years, and only lose bone density slowly as we age – maybe never experiencing osteoporosis. We always accumulate enough calcium in our bones during meals to provide for the rest of our body between meals.

What is a “bone healthy” lifestyle, you might ask. Because calcium is a major component of bone, the medical and nutrition communities have long focused on calcium as a “magic bullet” that can assure bone health. Once the importance of vitamin D was understood, it was added to the equation. For years we have been told that if we just get enough calcium and vitamin D in our diets, we would build strong bones when we were young, maintain bone density most of our adult years, and lose bone density as slowly as possible as we age.It is this paradigm that the current study challenges. 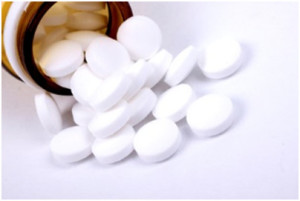 The results of the meta-analysis were thought provoking, but do not exactly support the headlines you have been reading. For example:

The headlines say “Calcium Supplements Do Not Prevent Broken Bones”.

The headlines say “It’s better to get your calcium from food than from supplements”. 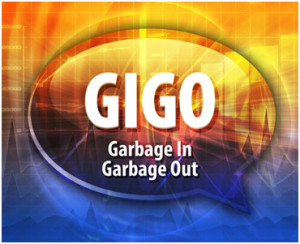 Meta-analyses such as this one can be very strong, but they can also suffer from the “garbage-in, garbage-out” phenomenon. In short, if most of the studies that went into the meta-analysis were poorly designed, the conclusions of the meta-analysis will be unreliable.

The problem is that many of the individual studies were conducted 10, 20, 30 or 40 years ago when our knowledge of bone metabolism was incomplete.

In short, by today’s standards many, if not most, of the studies included in the meta-analysis had an inadequate design.

If I had designed the meta-analysis, I would have been a lot more restrictive in the studies I included.

The number of studies included in the meta-analysis would be much less, but they would all be high quality studies.

Finally, the authors also noted that a number of studies in the supplement group showed significantly greater (2.5 – 5.0%) increase in bone density. They dismissed them as outliers. I would have preferred a closer look at those studies to see if there was anything about the population group or study design that might explain the greater bone density increase in those studies. 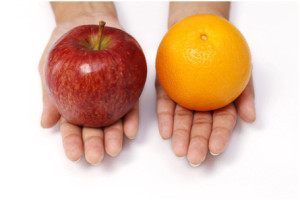 Because the authors included a wide variety of clinical studies, they were able to state that “Increases in bone mineral density were similar in trials of calcium monotherapy [calcium by itself] versus co-administered calcium and vitamin D…and in trials where baseline dietary calcium intake was <800 [clearly insufficient] versus >800 [probably sufficient] mg/day.” This could be considered a strength of their meta-analysis, but they are only valid comparisons if other important features of the studies being compared were uniform – i.e. they were comparing apples to apples.

But what if they were comparing apples and oranges?

Similarly, we also know that if calcium intake at baseline is adequate, adding more calcium is unlikely to increase bone density significantly. When the authors compared studies with and without vitamin D, they did not even check to see whether baseline calcium intake was evenly distributed between the two groups. If the participants in most of the studies utilizing supplements providing both calcium and vitamin D were already consuming sufficient calcium at baseline, they would be comparing apples to oranges. Again, the comparison would be invalid.

The authors of the meta-analysis simply did not provide the detail needed to determine whether their comparisons were apples to apples or apples to oranges. Thus, what seemed to be a strength of their study is actually a major weakness.