The B Vitamin Controversy 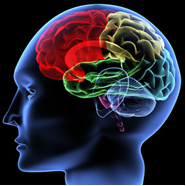 Do B Vitamins slow cognitive decline?  Heart disease, cancer and strokes are all pretty scary. Even if we survive, our quality of life may never be the same. But, we can endure many physical afflictions if our mind stays sharp. For most of us the ultimate irony would be to spend a lifetime taking good care of our body, only to lose our mind.

Last week I told you about a study showing that a holistic approach, which to me includes healthy diet, weight control, exercise, supplementation, socialization and memory training, significantly reduces cognitive decline in the elderly (https://chaneyhealth.com/healthtips/hope-alzheimers/).

This week I’d like to focus on one aspect of that holistic approach, namely B vitamins. If you are like most people, you are probably confused about the role of B vitamins in preserving mental function. On the one hand you are seeing headlines proclaiming that B vitamins slow cognitive decline as we age. On the other hand you are being told “Don’t waste your money. B vitamins won’t slow cognitive aging.” What are you to believe?

To help you understand how B vitamins might slow cognitive decline I’m going to need to get a little biochemical. Don’t worry. I’ll be merciful.

#1: The story starts with a byproduct of amino acid metabolism called homocysteine.

#2: Many of us are deficient in the B vitamins that lower homocysteine levels.

There are many situations in which inadequate intake or increased need of those vitamins can occur. For example: 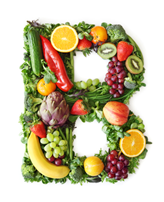 #3: Multiple studies have shown that supplementation with folic acid, B12 and B6 can lower homocysteine levels.

Based on this information it has been hypothesized that supplementation with folic acid, B12 and B6 would decrease the rate of cognitive decline in people with elevated homocysteine levels. It is a logical hypothesis, but is it correct?

The Evidence That B Vitamins Don’t Slow Cognitive Decline

The recent headlines saying that B vitamins don’t slow cognitive decline came from a meta-analysis that included the results of 11 clinical trials with 22,000 individuals 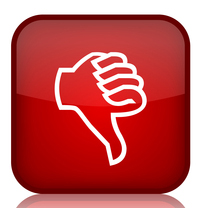 (Clarke et al, American Journal of Clinical Nutrition, 100: 657-666, 2014). That sounds pretty impressive! But to properly assess the conclusions of this study you need to understand the strengths and weaknesses of meta-analyses.

Unfortunately, many of the studies in this meta-analysis were poorly designed. They fall into two groupings:

Problem #1: Many of the studies included in the meta-analysis were not designed to test the actual hypothesis.

Remember that the original hypothesis was that supplementation with folic acid, B12 and B6 would decrease the rate of cognitive decline in people who were deficient in those B vitamins and had elevated homocysteine levels. Nobody was predicting that B vitamin supplementation would make any difference for people who already had adequate B vitamin levels and low homocysteine levels.

It’s no wonder they did not show any significant effect of B vitamins on cognitive decline. They weren’t designed for that purpose, but they contributed the vast majority of patients and most of the statistical weight to the conclusions of the meta-analysis.

Problem #2: Some of the studies were too short to draw any meaningful conclusions.

Three of the studies were well designed in that they specifically looked at patient populations with elevated homocysteine levels and documented B vitamin deficiency, but they only lasted for 3 to 6 months. There simply was not a large enough cognitive decline in the control group in such a short time span for one to see a statistically significant effect of B vitamin supplementation.

Do B Vitamins Slow Cognitive Decline? 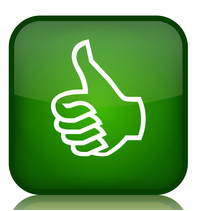 That leaves three studies from the original meta-analysis, plus another clinical study published after the meta-analysis was complete, that were actually designed to test the hypothesis and were long enough to give meaningful results. Three of those four studies showed a positive effect of B vitamin supplementation on cognitive function.

Study #1: This study was a 3-year study in patients with elevated homocysteine levels, folic acid deficiency and normal B12 levels (Durga et al, The Lancet, 369: 208-216, 2007). They were given 800 ug/day of folic acid or a placebo. Folic acid levels increased 576% and homocysteine levels decreased by 25%. At the end of 3 years the change in memory, information processing speed and sensorimotor speed was significantly better in the folic acid group than the control group.

Study #2: This was a 2-year study in patients with elevated homocysteine levels (McMahon et al, New England Journal of Medicine, 354: 2764-2769, 2006). B vitamin deficiencies were not measured. The patients were given either 1000 ug 5-methyltetrahydrofolate, 500 ug of B12 and 10 mg of B6 or a placebo. Homocysteine levels decreased significantly, but there was no effect of B vitamins on cognitive function in this study.

Study #3: This study was a 2-year study in patients over 70 with mild cognitive decline (Smith et al, PLoS ONE 5(9): e12244. doi:10.1371/journal.pone.0012244, 2010). B vitamin deficiencies were not measured. The patients were given either 800 ug of folic acid, 500 ug of B12 and 20 mg of B6 or placebo. B vitamin supplementation increased folic acid levels by 270% and decreased homocysteine levels by 22%. Brain volume was measured by MRI. Overall, B vitamin supplementation decreased brain shrinkage by 30%. The rate of brain shrinkage in the placebo group and the protective effect of B vitamins were greatest in the patients with elevated homocysteine at entry into the trial.

Study #4: This was an expansion of the previous study (Douaud et al, Proceedings of the National Academy of Sciences, 110: 9523-9528, 2013). In this study the same investigators focused on the regions of the brain most vulnerable to cognitive decline and the Alzheimer’s disease process. They found that B vitamin supplementation reduced brain atrophy in those regions by 7-fold (a whopping 86% decrease in brain shrinkage) over a 2-year period. Once again, the rate of brain shrinkage in the placebo group and the protective effect of B vitamins were greatest in the patients with elevated homocysteine at entry into the trial.

Are B Vitamins Only Effective In People With Elevated Homocysteine Levels?

Other symptoms of folic acid, B12 and B6 deficiency are depression, pronounced fatigue, irritability, peripheral neuropathy (tingling and loss of feeling in extremities), and loss of fine motor coordination. If you have these symptoms and they are caused by B vitamin deficiency, B vitamin supplementation may relieve the symptoms.

B vitamin supplementation may also slow cognitive decline in individuals who are B vitamin deficient and have normal homocysteine levels, but that hypothesis has not been clinically tested.

1)     Forget the headlines telling you that B vitamins don’t slow cognitive decline. Also ignore headlines implying that B vitamins will help everyone be an Einstein well into their 90’s. As usual, the truth is somewhere in between.

2)    Supplementation works best for people with inadequate dietary intake and/or increased needs. That is just as true for B vitamins and brain health as it is for other health benefits of supplementation.

4)     Not everyone with folic acid, B12 and/or B6 deficiencies has elevated homocsyteinine levels. Other symptoms of folic acid, B12 and B6 deficiency are depression, pronounced fatigue, irritability, peripheral neuropathy (tingling and loss of feeling in extremities), and loss of fine motor coordination. If you have these symptoms and the symptoms are caused by B vitamin deficiency, B vitamin supplementation might also slow cognitive decline. However, that hypothesis has never been clinically tested.

5)     It has been recognized recently that deficiencies of methylenetetrahydrofolate reductase (MTHFR) interfere with folic acid metabolism and cause elevated homocysteine levels. Contrary to what you may have heard, 5 methyltetrahydrofolate is not essential for reducing homocysteine levels in people with MTHFR deficiency. High levels of folic acid work just as well for most MTHFR-deficient individuals. [It is also interesting to note that the only well designed clinical study that did not find B vitamins to be effective in reducing cognitive decline was the one that substituted 5-methyltetrahydrofolate for folic acid.]

6)     B vitamin deficiency is common in the elderly due to impaired absorption and the use of multiple medications that interfere with B vitamin metabolism and can contribute to many of the symptoms commonly associated with aging. In this population, B vitamin supplementation is cheap and often effective.

8)     Finally, assuring an adequate intake of B vitamins is just one component of a holistic approach for maintaining brain function as long as possible. Other important lifestyle components for preserving cognitive function are healthy diet, weight control, exercise, supplementation, socialization and memory training. (https://chaneyhealth.com/healthtips/hope-alzheimers/).