The Secrets To A Healthy Vegan Diet 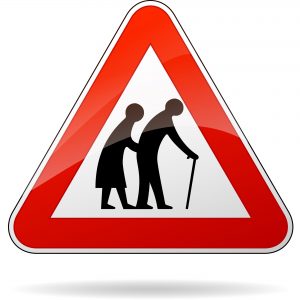 As I discussed in a previous issue of “Health Tips From The Professor”, a “bone-healthy lifestyle requires 3 essentials – calcium, vitamin D, and weight bearing exercise. If any of these three essentials is presence in inadequate amounts, you can’t build healthy bones. In addition, other nutrients such as protein, magnesium, zinc, vitamin B12, and omega-3 fatty acids may play supporting roles.

Vegan and other plant-based diets are thought to be very healthy. They decrease the risk of heart disease, diabetes, and some cancers. However, vegan diets tend to be low in calcium, vitamin D, zinc, vitamin B12, protein, and omega-3 fatty acids. Could vegan diets be bad for your bones?

A meta-analysis of 9 studies published in 2009 (LT Ho-Pham et al, American Journal of Clinical Nutrition 90: 943-950, 2009) reported that vegans had 4% lower bone density than omnivores, but concluded this difference was “not likely to be clinically relevant”. 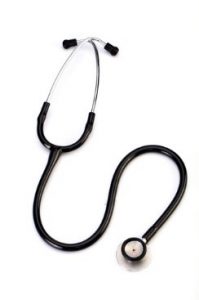 The investigators searched the literature for all human clinical studies through November 2017 that compared bone densities and frequency of bone fractures of people consuming vegan and/or vegetarian diets with people consuming an omnivore diet.

The investigators ended up with 20 studies that had a total of 37,134 participants. Of the 20 studies, 9 were conducted in Asia (Taiwan, Vietnam, India, Korea, and Hong-Kong), 6 in North America (the United States and Canada), and 4 were conducted in Europe (Italy, Finland, Slovakia, and the United Kingdom).

Are Vegan Diets Bad For Your Bones?

Here is what the investigators found: 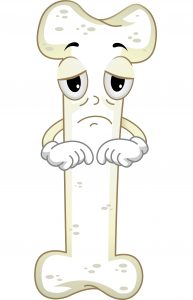 Bone density: The clinical studies included 3 different sites for bone density measurements – the lumbar spine, the femoral neck, and the total body. When they compared bone density of vegans and vegetarians with the bone density of omnivores, here is what they found: 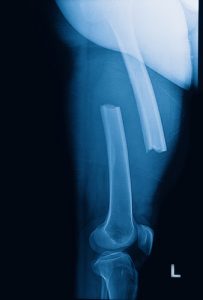 Bone Fractures: The decrease in bone density of vegans in this study was similar to that reported in the 2009 study I discussed above. However, rather than simply speculating about the clinical significance of this decrease in bone density, the authors of this study also measured the frequency of fractures in vegans, vegetarians, and omnivores. Here is what they found.

The Secrets To A Healthy Vegan Diet

The answer to this question lies in the last statement in the author’s conclusion, “Both vegetarian and vegan diets should be appropriate planned to avoid dietary deficiencies associated with bone health.”

2) Big Food, Inc is not your friend. Big Food tells you that you don’t need to give up the taste of animal foods just because you are going vegan. They will just combine sugar, white flour, and a witch’s brew of chemicals to give you foods that taste just like your favorite meats and dairy foods. The problem is these are all highly processed foods. They are not healthy. Some people call them “fake meats” or “fake cheeses”. I call them “fake vegan”.

If you are going vegan, embrace your new diet. Bean burgers may not taste like Big Macs, but they are delicious. If need other delicious vegan recipe ideas, I recommend the website https://forksoverknives.com.

3) A bone healthy vegan diet is possible, but it’s not easy. Let’s go back to the author’s phrase “…vegan diets should be appropriate planned to avoid dietary deficiencies associated with bone health.” A vegan expert will do the necessary planning. A vegan novice will assume all they need to do is give up animal foods.

As I said earlier, vegan diets tend to be low in calcium, vitamin D, zinc, vitamin B12, protein, and omega-3 fatty acids. Let’s look at how a vegan expert might plan their diet to get enough of those bone-healthy nutrients.

A vegan expert makes sure they get these foods every day and often adds a calcium supplement.

It drives me crazy when a vegan novice tells me they were told they can get all the protein they need from broccoli and leafy greens. That is incredibly bad advice.

A vegan expert makes sure they get soy foods, beans, and protein-rich grains every day and often adds a protein supplement.

A vegan expert makes sure they get these foods every day and often adds a multivitamin supplement containing zinc.

4) Certain vegan foods can even be bad for your bones. I divide these into healthy vegan foods and unhealthy “vegan” foods.

5) You need more than diet for healthy bones. At the beginning of this article, I talked about the 3

essentials for bone formation – calcium, vitamin D, and exercise. You can have the healthiest vegan diet in the world, but if you aren’t getting enough weight bearing exercise, you will have low bone density. Let me close with 3 quick thoughts:

In summary, a bone healthy vegan lifestyle isn’t easy, but it is possible if you work at it.

2) Is the difference in bone density clinically significant? Are vegans more likely to suffer from bone fractures?

The study found that:

The authors of the study concluded, ““The findings of this study suggest that…vegan diets are associated with lower bone density compared with omnivorous diets, and vegans have a higher fracture risk than omnivores…Vegan diets should be appropriate planned to avoid dietary deficiencies associated with bone health.”

In evaluating the results of this study, I took a detailed look at the pros and cons of vegan diets and concluded, “A bone healthy vegan lifestyle isn’t easy, but it is possible if you work at it.”

For more details about study and my recommendations for a bone healthy vegan lifestyle read the article above.