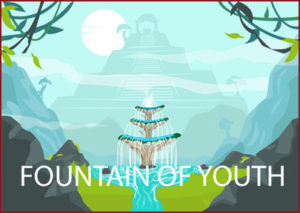 Recent headlines suggest that we can slow biological aging just by increasing our consumption of certain vitamins. That sounds wonderful.  After all, everyone is still hoping for that mythical “Fountain of Youth” and anti-aging vitamins could be just the ticket.

But, what did the paper behind the headlines actually show? The paper (J-Y Lee et al, Journal of Human Nutrition and Dietetics, DOI: 10.1111/jhn.12403, 2016) reported that people who consumed the most vitamin C and folic acid had the longest telomeres.

You might be wondering how journalists extrapolated from that study to headlines proclaiming that those vitamins could slow biological aging. To understand the answer to that question you need to know two things:

What Is Biological Aging? 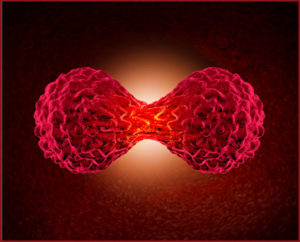 In simplest terms, biological aging refers to the aging process on a cellular level. This concept is based on the “Hayflick Limit” first proposed by Leonard Hayflick in 1962. He showed that normal human cells have a maximum lifespan of 40-60 cell divisions. As they approach that upper limit, DNA damage accumulates and cell division slows and eventually stops.

The “Hayflick Limit” is important because our tissues depend on constant cell division to remain young and vital. Our organs are made up of various tissues and depend on those tissues performing at an optimal level. Thus, as more and more cells lose the ability to divide, our tissues and our organs begin to age. This is thought to be associated with disease and eventually death.

Thus, even though biological aging refers to aging at a cellular level, its significance is thought to extend far beyond the cellular level. It is thought to influence aging, disease, and death at a whole-body level. It reminds me of the famous quote “For want of a nail…the kingdom was lost.” If you’ve forgotten that quote, look it up. It is a perfect analogy for how something that seems so inconsequential can have such a profound effect on our health and mortality.

What Are Telomeres And Why Are They Important? 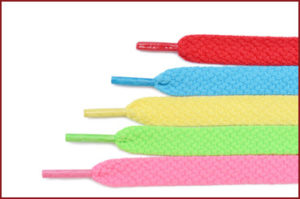 Telomeres are sequences of repetitive DNA at the ends of our chromosomes that protect their integrity. Telomeres become progressively shorter as we age. As a very simple analogy we can think of telomeres as being similar to the tips of our shoelaces. If you have ever lost the tip of your shoelace, you know that the shoelace is worthless once the tip is gone.

That analogy holds perfectly with respect to our telomeres. As the telomers become progressively shorter, DNA division slows and eventually stops. DNA division is essential for cell division. Telomere shortening is postulated to be responsible for the Hayflick Limit. Thus, it is no surprise that telomere shortening is associated with aging, age-related diseases such as hypertension, diabetes, heart disease and dementia, and death.

On the “good” side, there is tremendous heterogeneity in telomere length between individuals at any given age. Some of these differences in telomere length may be genetic, but many appear to be lifestyle related (MA Shammas, Current Opinion in Clinical Nutrition & Metabolic Care, 14: 28-34, 2011). For example, short telomers appear to be associated with things like smoking, environmental pollution, stress, meat consumption, and fat consumption. Long telomeres are associated with the lack of those things and with positive lifestyle characteristics such as exercise and consumption of fresh fruits and vegetables.

Are Some Vitamins Anti-Aging Vitamins? 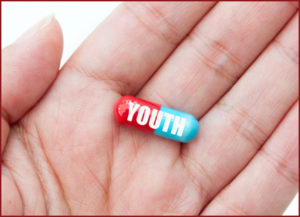 More recent studies have begun to look at the influence of individual nutrients on telomere length. The study featured this week (J-Y Lee et al, Journal of Human Nutrition and Dietetics, DOI: 10.1111/jhn.12403, 2016) is just the latest example.

This study used food frequency questionnaires to assess nutrient intake of 1958 middle-aged and older Koreans between June 2001 and January 2003. They measured intake of vitamins A, B1, B2, B3, B6, B9 (folate), C and E plus calcium, phosphorous, potassium iron and zinc.

Ten years later they measured telomere length in the same population and reported that:

So, are these anti-aging vitamins?  Let’s look at the strengths and weaknesses of this study.

This study has some notable strengths:

However, this study also has some glaring weaknesses:

If we look at the totality of published studies(MA Shammas, Current Opinion in Clinical Nutrition & Metabolic Care, 14: 28-34, 2011) :

However, there is a lot we don’t know about telomeres. We know that short telomeres are associated with aging, age-related diseases and death. What we do not know is whether telomere shortening is the cause of the aging process or merely a marker of aging. Let me rephrase those two possibilities in a more understandable manner.

Either way longer telomeres are probably a good thing. Based on a limit of 40-60 cell divisions for normal human cells, Leonard Hayflick estimated a maximum human lifespan of 120 years. If we could truly decrease the rate of telomere shortening, would that potentially increase maximum human lifespan or would it mean that more of us reach 120 in good health? Most of us would probably be happy with either outcome.